I’m way behind on doing the write up for this beer. Mostly because it’s the same recipe that I always use for my wild ales and the only variation is that I’m trying to do a 100% barrel fermentation this time. I bottled the previous beer the night before and added boiling water to it to clean the inside of the barrel. At this point there are so many critters in the barrel I can only use it for wild ales. I’m hoping that there is no acetobacter in the barrel, but there probably is at this point. The whole point of adding the boiling water was to attempt to clean out all of the yeast that have fallen to the bottom over time. After I drained the water I closed it up and left it in my beer room over night until I brewed the next day. 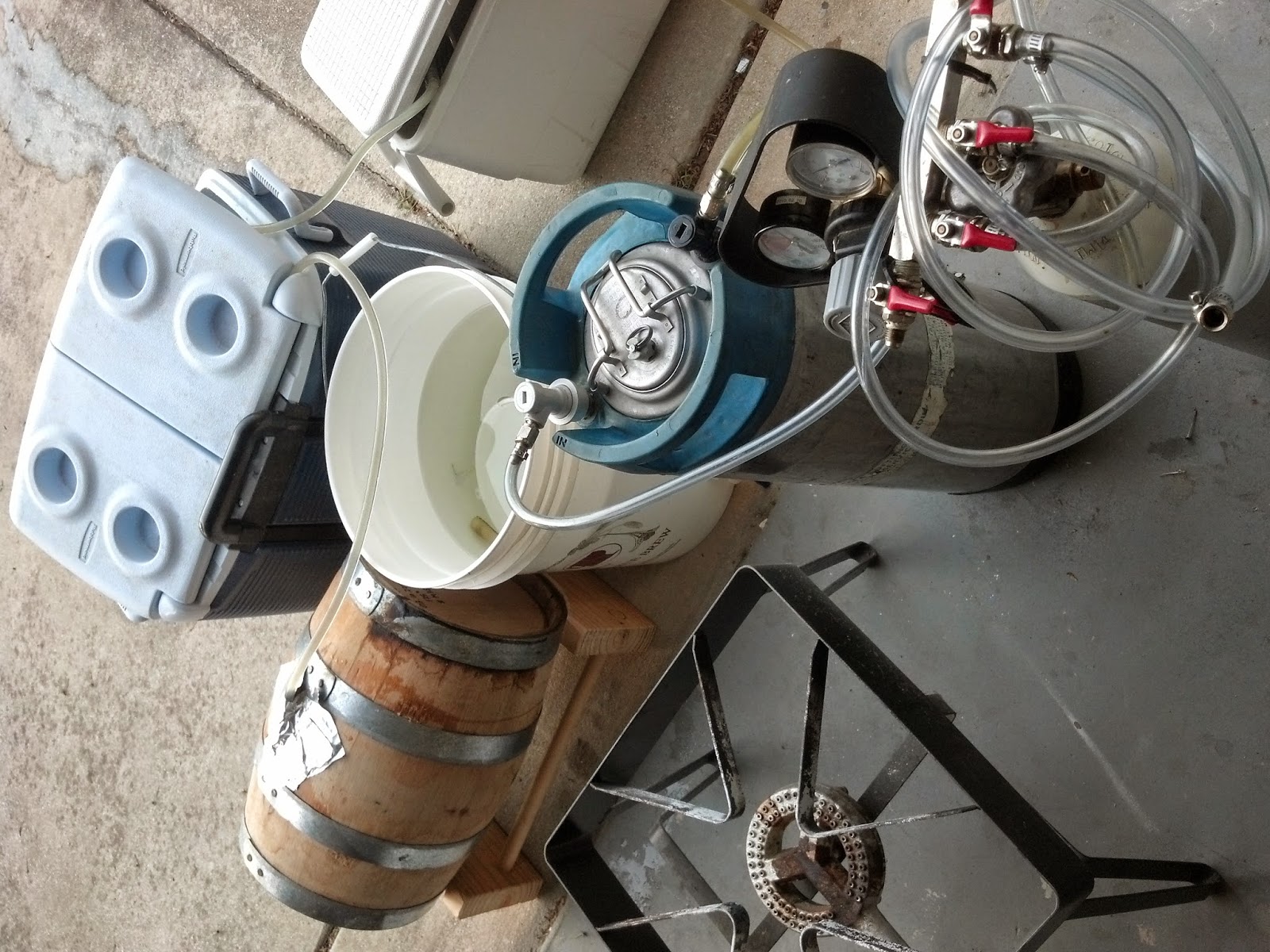 A few days before brewing I made a small starter using the dregs from a Crooked Stave Vielle Saison, just in case I need something extra to start fermentation. I had no idea if there was anything alive in the bottle or what is used for brewing the beer but I figured it couldn’t hurt. At the end of racking the cooled beer into the barrel I used what was left to top up my starter to 2L, which had showed some signs of fermentation. Well the fresh wort definitely caused the starter to take off and was bubbling over the side by the next day.

The barrel never really showed signs of fermentation like I had hoped, even after adding some of the starter. I do know that something in there is fermenting because there is a pellicle over the top of the beer, but the activity was never very strong. Eventually I’ll take a gravity reading to see where it’s at. 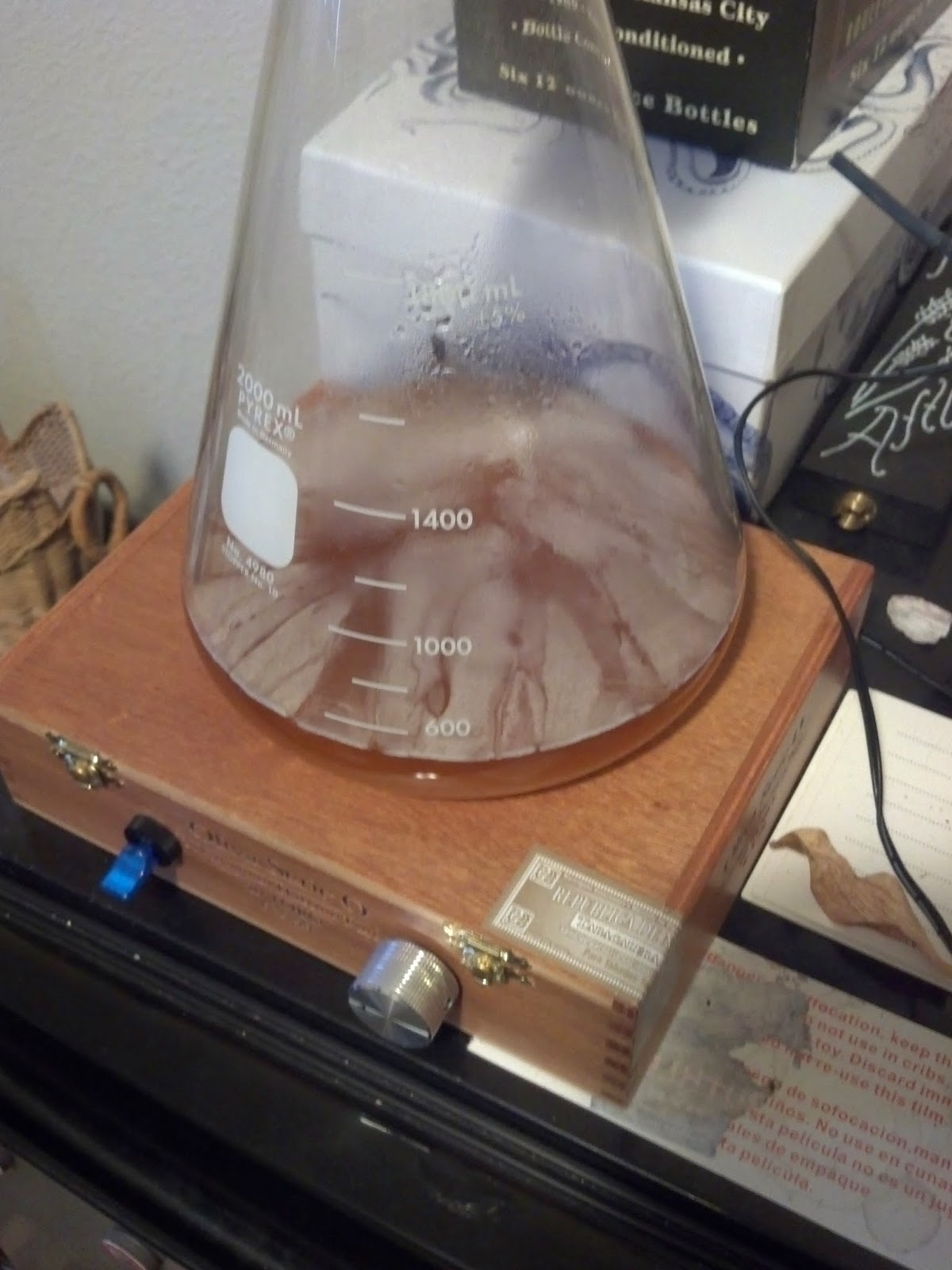 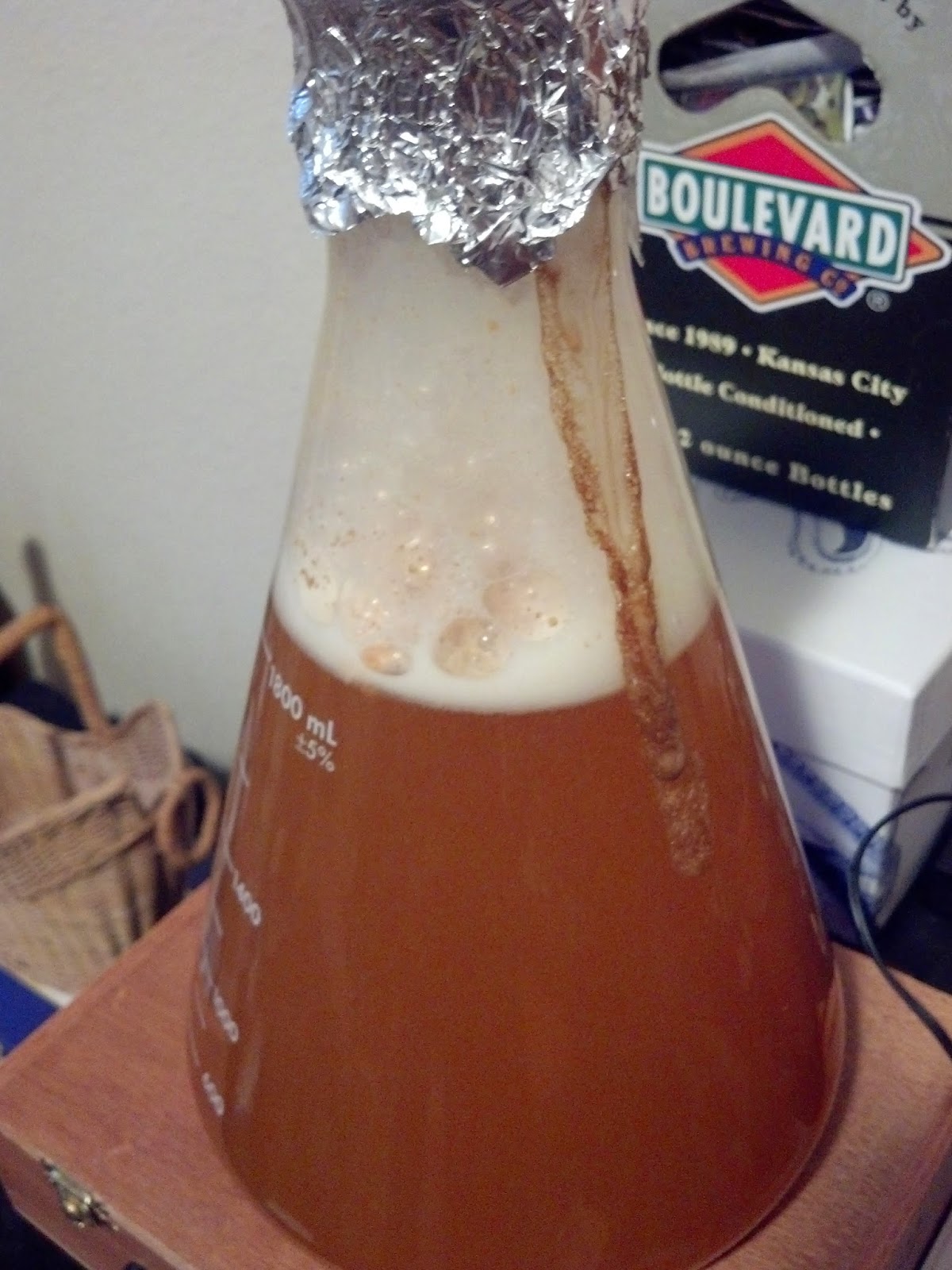 Notes:
3/29/14 – Brewed by myself. No issues brewing. Acid malt added to lower my pH into a more optimal range. Should be at 5.5pH.  Added 4 grams of gypsum and CaCl to the mash to up my calcium levels. Chilled and racked directly into the barrel.

4/01/14 – Signs of strong fermentation in the starter, no signs in the barrel. Barrel topped up to reduce head space and add fresh bugs.

11/28/14 - Bottled with 98 grams of table sugar. Gravity was down to 1.014, which in retrospect might have been too high to bottle. Good thing I used thick bottles.