I figured I should make a separate post for this beer since it has had its own journey over time and is no longer the beer I was attempting to make. A little background first: initially this beer was going to be a reddish color Saison that used Fantôme dregs for fermentation but it did not turn out that way. Using Fantôme dregs is always a game of yeast roulette since they use a house culture that varies from season to season and batch to batch. Not too long after fermentation the beer turned sour. I decided to leave it and see what happens. Since this was a 10 gallon batch I didn’t want to just dump it right away and I wasn’t going to be brewing for a while, I had no need for open carboys. 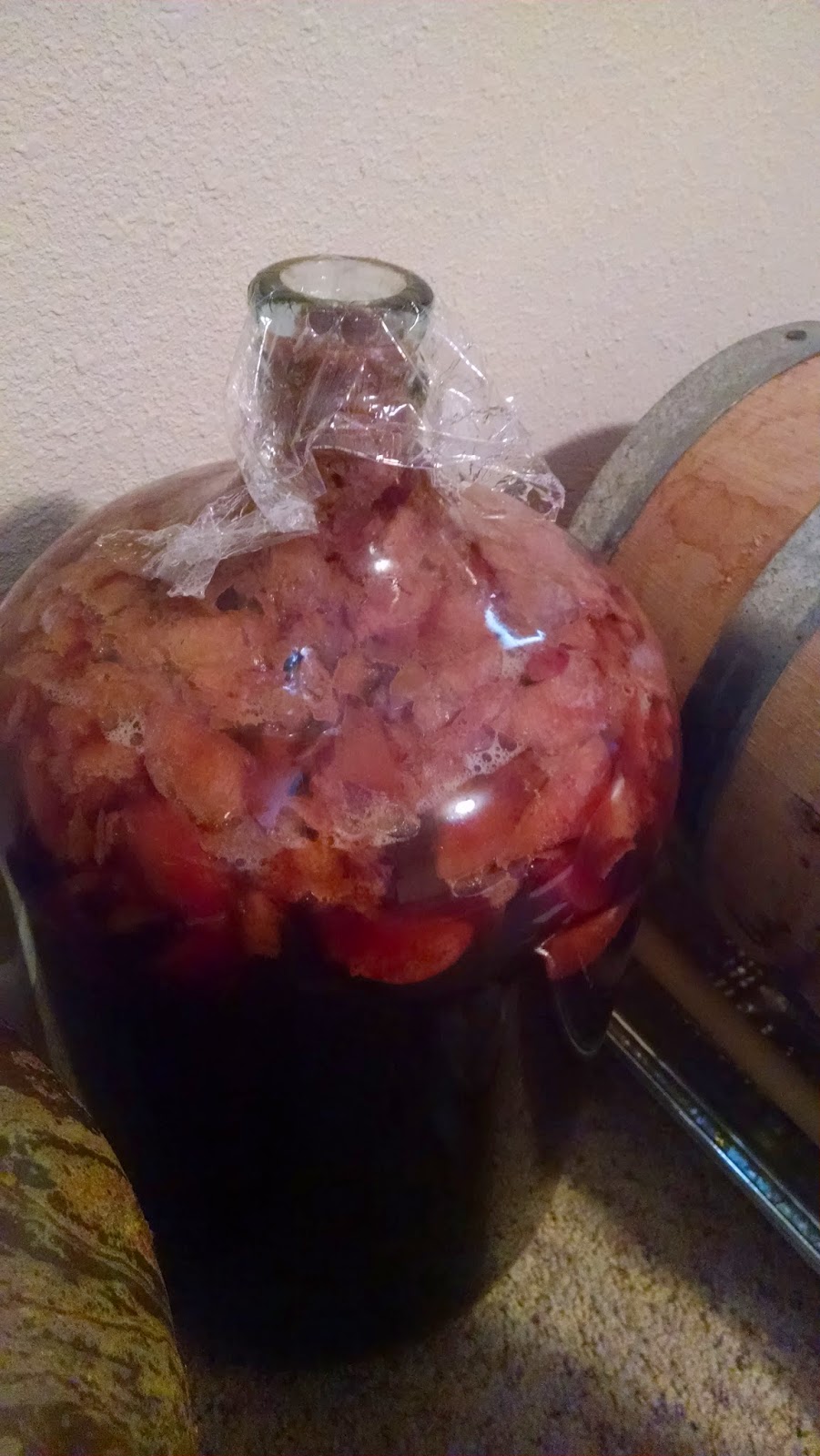 After a few months each beer took on a very sharp and harsh acidity. I added some Brett that I had to increase the bio diversity and see what happens. One batch cleaned up after 11 months and I added fresh blackberries to it. The second batch took a lot longer to finally turn the corner.  I left it sitting in its original fermentation chamber on the yeast cake for 20 months and it finally turned the corner and the harshness dissipated. At this time I decided that plums would be the fruit that I’m going to add to the second batch.

I spoke with Garrett Crowell, head brewer at Jester King, about their fruiting process since they have been doing amazing things with their fruited sours, for some advice. The basic process I used is as follows: I washed the plums, cut them into wedges, placed them into a ziplock, put them in the freezer for a few days, removed them in the morning of my transfer day to let them warm up, squeezed them into the carboy and racked the beer on top. When I asked Garrett about their process he said it was pretty much the same thing but no washing. I figured washing my fruit would be a good plan even though it was organic, because you never know who at the grocery store touched them.

Over the next few months the plums will start a secondary fermentation in the beer and add extra complexity. Over time I will take taste to determine when I think it’s ready to bottle after the gravity has stabilized. This beer has been a long time in the making and I basically gave up on it 8 months ago, but the magic of sour fermentation was not finished yet.

8/9/14 – Added 7lbs of black plums to the beer. Unfortunately with the plums and the difference in carboy size, I ended up with a gallon leftover that I dumped. I had a lot of trouble getting the plums in the carboy. Last time I used fruit it was added to a better bottle which has a larger opening and blackberries are smaller than plum wedges. I had to use my funnel and racking cane to force the plums into the carboy. 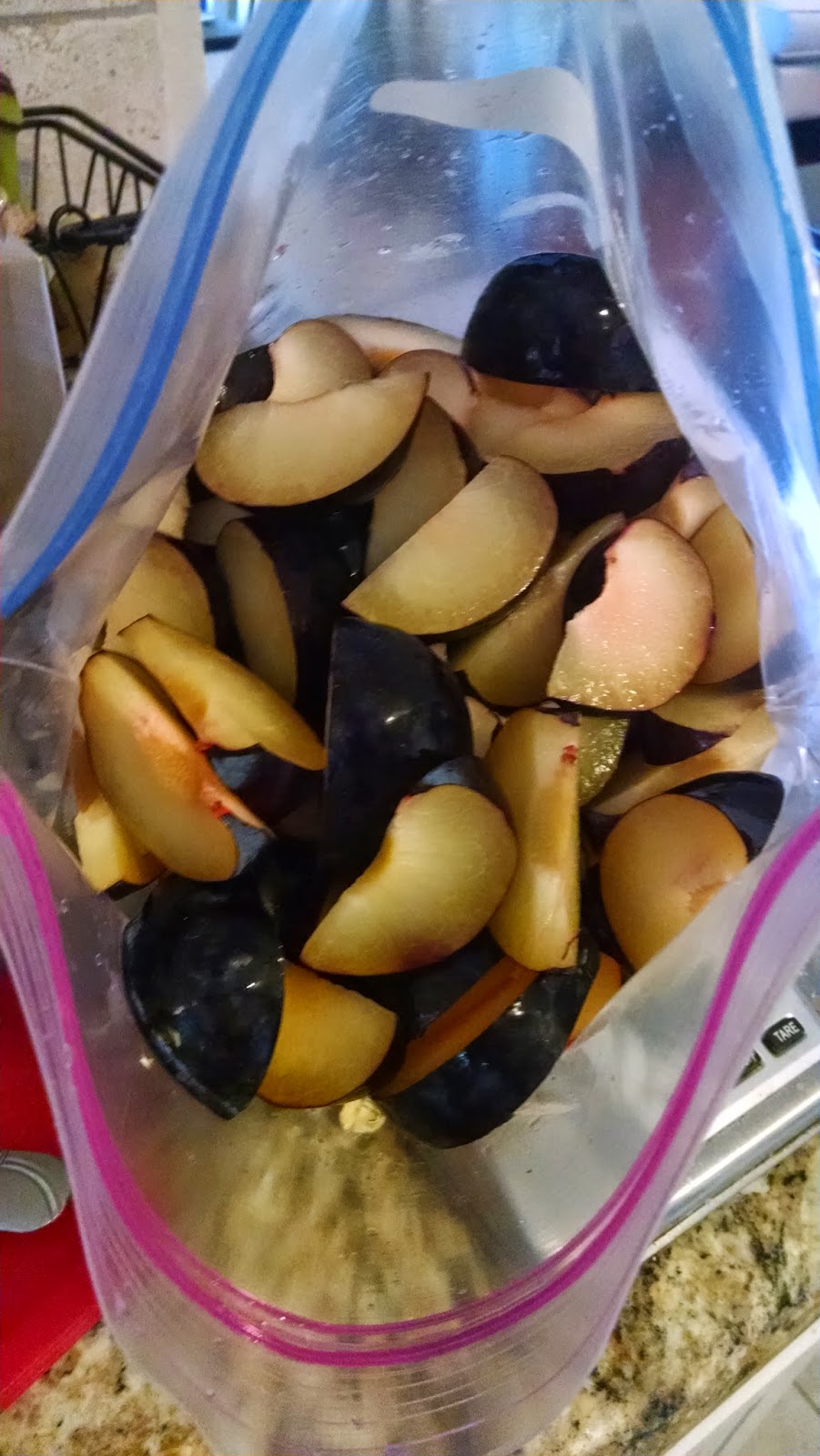 8/11/14 – Refermentation has begun and the carboy is definitely too full.