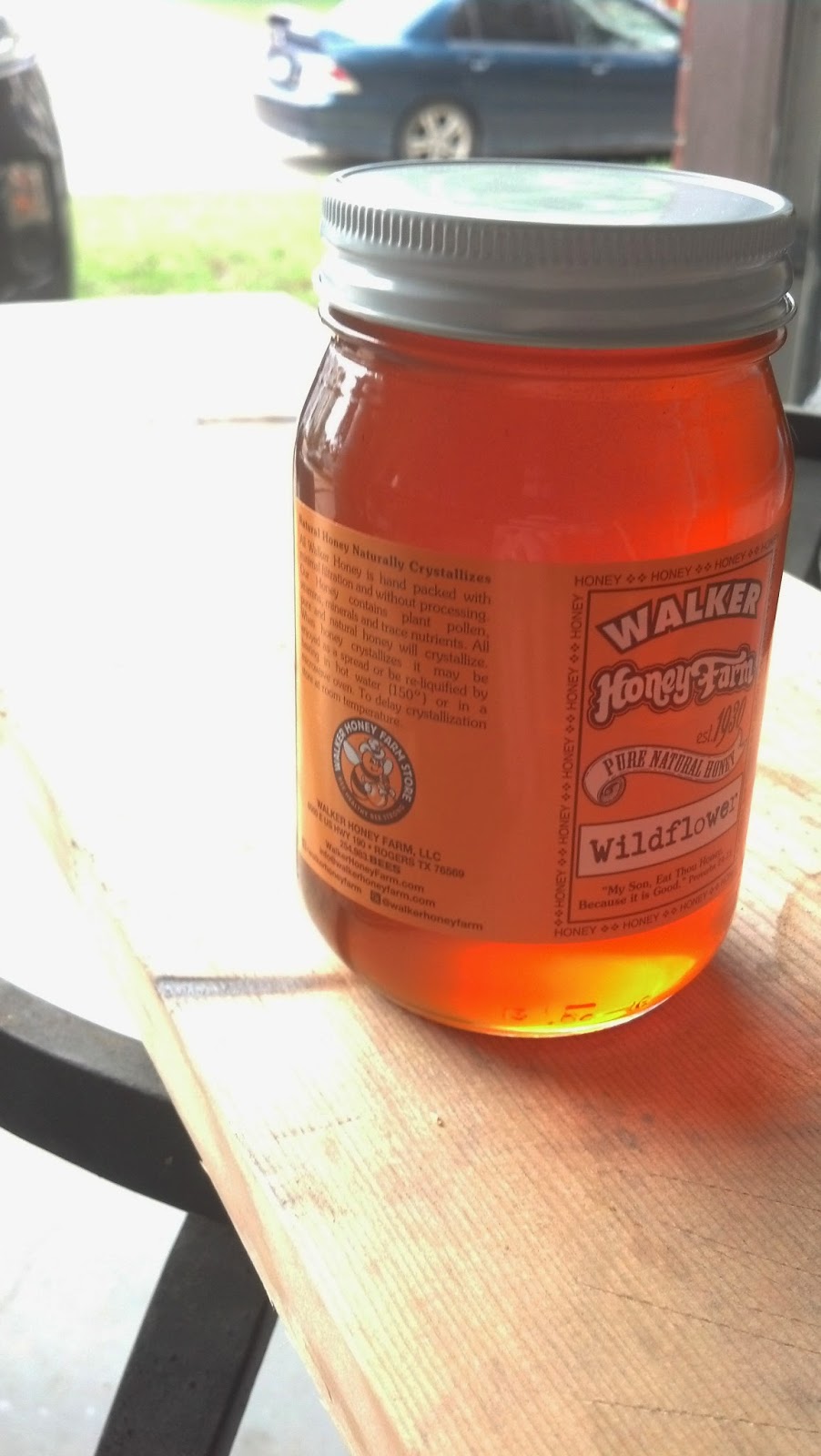 With the impending ending to my Conan Black IPA and the subsequent loss of my Brett Black IPA I was getting dangerously close to not having a keg of beer. The horror. Since I had Good Friday off I decided it would be a good time to brew a beer for the summer. Currently my chest freezer is occupied with lagering my Helles I needed to brew something that doesn’t need temperature control or low temperatures in general, which basically leaves me with Saisons and Belgian style ales. I decided to brew a “rustic” Saison and in traditional fashion, try a new technique that I’ve never tried before. I decided to use honey for the first time instead of candi sugar. I’ve always felt that using honey in beer is mostly a waste. It’s an expensive source of sugar that is normally over powered by the beer. If I’m going to spend the money to use honey I want to make sure that you can tell honey was used. I read up on making mead since honey is the only source of sugar for mead and thus the honey is perceivable. When making mead the prevailing process was either add the honey to water at 170F to sterilize or add it to warm water since honey has natural preservatives or has been processed. I decided since honey is delicate and the flavors can easily be driven off through heat I would take the risk and add it straight to the fermenter.  It’s supposed to be a rustic Saison so if there is any Brett in there I’m fine with it or if it ends up slightly tart I’m also fine with that. The plan is to hopefully preserve some of the honey flavor and aroma by adding it after the beer has been cooled.

This was also my first time using the pH meter that my wife got me for Christmas. I’ve wanted to use it but I wanted to make sure I had enough storage solution for the electrode. I’m not sure when to measure the mash pH. When I first took the reading it registered at 6.3 so I figured I should wait for conversion to begin. I added a half pound of acid malt, waited and took a reading. It was only down to 6.1 so I added the rest of the acid malt but also started to panic because I knew I wouldn’t have enough acid malt to lower it to 5.3, which was my goal. I calculated the lactic acid addition needed to lower it, which was 3.1mL. I don’t think my readings were off because of temperature since I cooled my samples and my meter has temperature adjustment. After mash and sparge I took a reading when the beer was heating for the boil, it read 4.93. I’m assuming the lactic acid addition took it all the way down, whereas my acid malt would have probably hit my target. Although I’m not too worried about the pH, aside from yeast fermentation, but it is Saison yeast. Saisons and particularly rustic style Saisons generally have a slight tartness from lactobacillus.

I attempted to aerate as best I could since I still don’t have an O2 tank (hopefully that will change soon). I think I either did a pretty good job of aerating or my yeast pitch was very healthy since this is the first time I’ve had fermentation take off the same day I brewed.

4/18/14 – Brewed by myself. Easy brewday, not sure when I need to measure my mash pH so I added too much acid. I also accidently added my hops at 90 minutes instead of at 60, but it will only add 4 more IBUs. Ended with 8.75 gallons of 1.034 wort so I extended the boil to increase the gravity. Finished with 5.5 gallons of 1.052 wort prior to adding the honey. Pitched a 1.8L starter that I made the day before. Fermentation started a few hours later.

5/6/14 - Gravity down to 1.011 racked into keg. I found out only after I started racking into my keg that I was out of CO2. Luckily I still had two empty kegs that I haven't cleaned and were still pressurized. I used the empty keg to flush the saison keg and pressurize it to seal it. I'll pick up CO2 tomorrow to carbonate it.