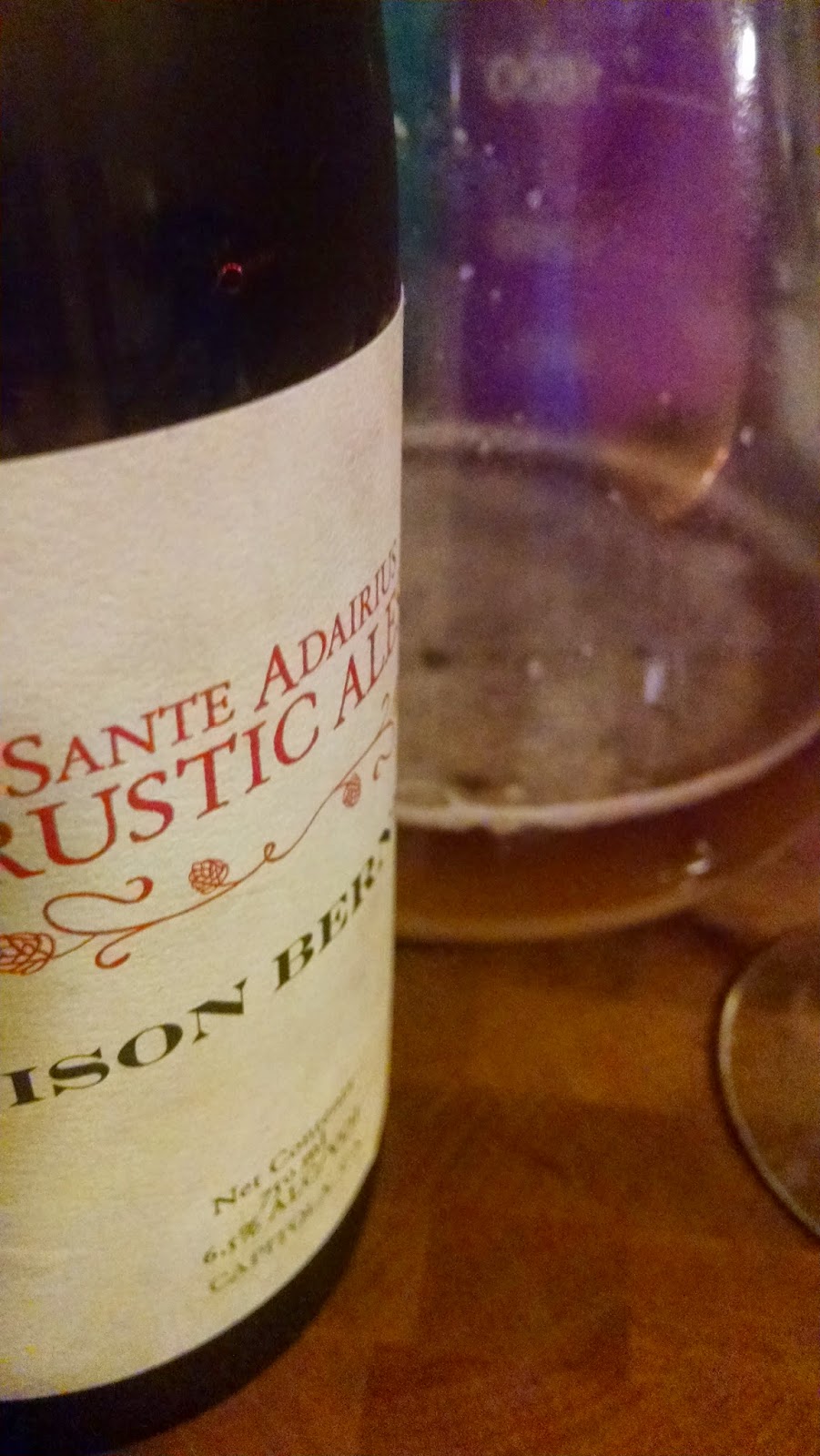 I’m at the point now that with all of the sours I have going I don’t have any more space for fermentation. Well I guess space is not the issue, its lack of vessels to hold fermenting beer. Every time I have one free it gets filled up again. There is a bunch of stuff that I want to brew but I just done a place to put it. I was lucky enough to receive a bottle of Santé Adairius Rustic Ales (SARA) Saison Bernice from a friend; however, I didn’t have space or time to brew a Saison to utilize the wonderful dregs in the bottle. I noticed that I had finally had an open weekend with nothing better to do other than brew, but I didn’t have a carboy open. So I went ahead and just bought an extra, it’s not like I won’t use it in the future.

I wanted to brew a Bernice “clone” ever since I received the bottle. Bernice is one of my favorite beers and I knew there were plenty of hungry bugs in the bottle ready to be harvested. I like to think of Santé as the Hill Farmstead of the west coast, not in the way their brewery looks, but in the quality of their beers. So it came as no shock to me to find out that amongst the many dregs that Santé has used, Hill Farmstead dregs were used in their house culture. I quickly formulated a recipe based off of what I remember from when I had Bernice at What the Funk?!, pale, dry, tart, funky with minimal color and maltiness. Then I found that they were featured on The Brewing Network: Sour Hour and gave out their recipe for Bernice. To my surprise I really was not far off. They use oats and a higher percentage of Vienna malt then what I was planning on using, but other than that I was actually very close. 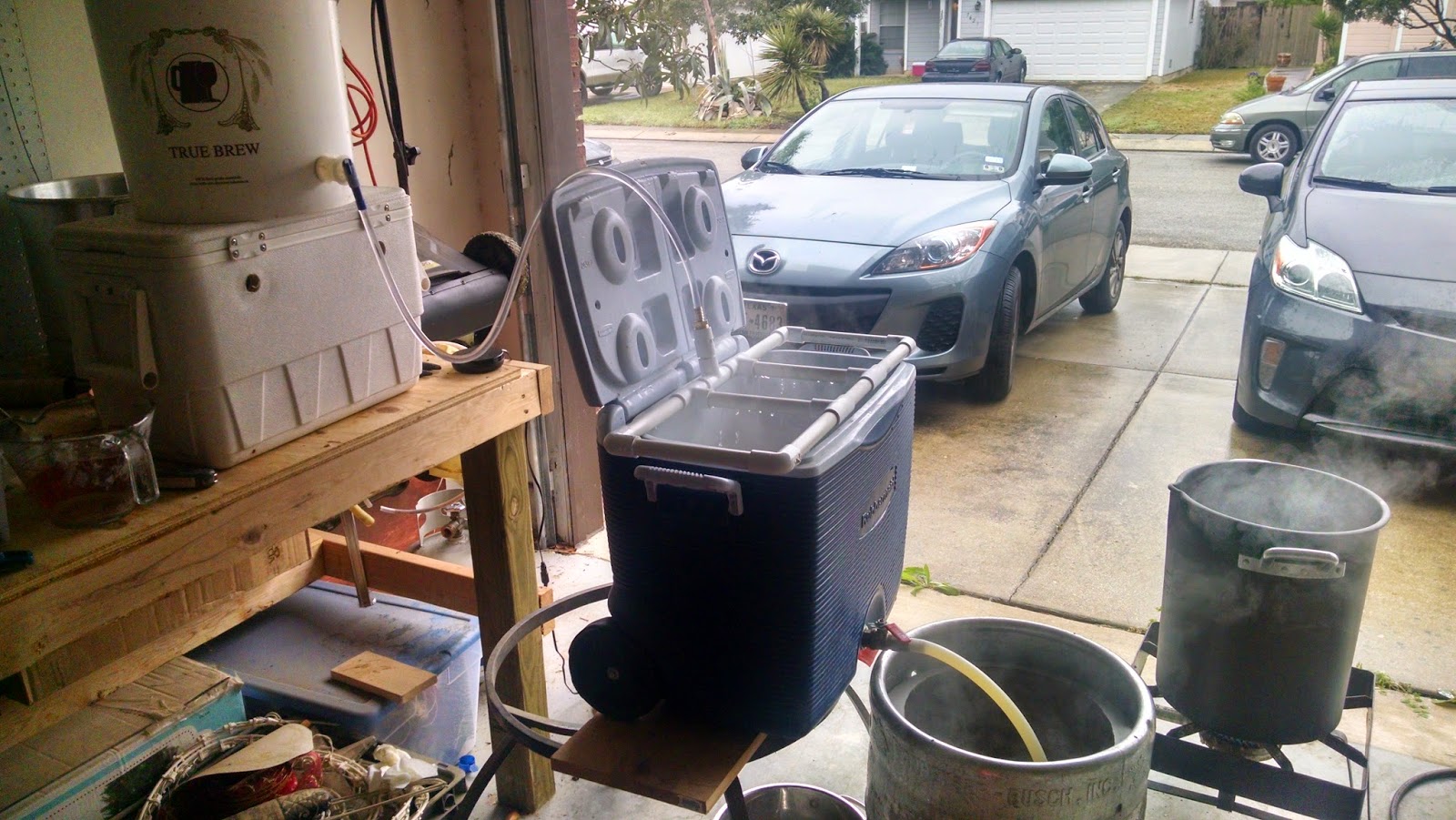 About two days before I made a low gravity starter for my yeast (3724) to get it going and refresh it because it had been in my fridge for over a month. After a day I cold crashed then made a 1.040 starter to top up the original and added the dregs from a bottle of Bernice. My though process is that I wanted to refresh the dregs, but I wanted the Saison yeast to be proportionally the predominate yeast to do the bulk of the fermentation. Wyeast 3724 is notorious for stalling around 1.030, which should give the bugs plenty of food left to munch on until reaching terminal gravity. My experience in the past with 3724 is that it will continue to ferment; it just does it slowly, which is why I’m not concerned with the bacteria and Brett having too much food left over and souring too quickly. The only problem I experienced while brewing was just after I started the boil. I noticed the better bottle I bought a few days before was a ported version. So I added my hops in 15 minutes earlier than planned and ran to exchange it (no I didn’t leave the boil alone). 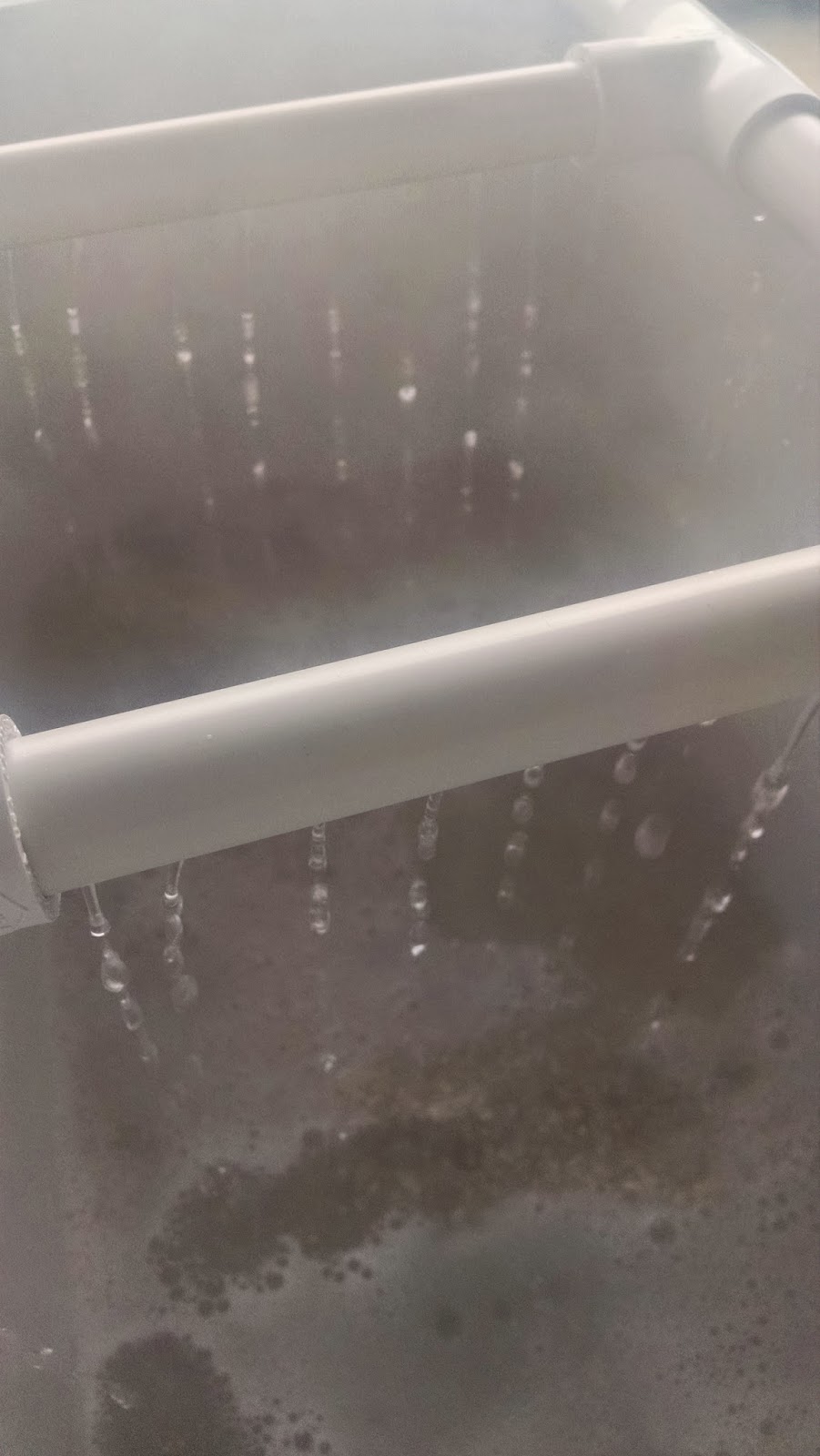 Notes:
3/1/15 – Brewed by myself. Mash came in a little low at 144F so I added a quart of boiling water to bring it up to 146F. Added 4 grams of Gypsum and 1 gram of CaCl to the mash along with 4.7mL lactic acid, 1.5 grams of CaCl and 5.8 grams of Gypsum to the sparge. I used fly sparging for the first time and noticed an increase in my efficiency so I added half a gallon to bring the gravity down to my target pre-boil. Chilled to 68F and aerated with pure O2 for 45 seconds.

3/2/15 – Fermentation has started and is bubbling up through the air lock.

4/3/15 - Gravity down to 1.008. Racked beer to purged secondary for conditioning and to get the yeast cake free for the barrel.

4/25/15 - Bottled half as unblended Bernice with 85 grams of table sugar targeting 2.75 volumes of CO2. Racked the rest of the beer onto 3lbs 1 ounce of apricot puree to make it West Ashley-ish.