Back in November over Thanksgiving I brewed a 10 gallon Saison batch for two purposes. Half of the batch was going to be fermented with Hill Farmstead dregs (I’m still not sure if the dregs were viable or if Hill Farmstead bottle conditions with a different strain or not) and the other half was to refill my sour barrel. This will be the 6th beer that I have aged in the barrel and the fourth sour beer. I initially started with two “clean” beers, an Imperial stout and a Barleywine. The barrel was a Ranger Creek Bourbon barrel that was drained and refilled with a smoked Bourbon. Neither clean beer has shown any sign of infection, even after two years of being in the bottle. After the second clean beer I decided to sour the barrel by adding Cantillon dregs. So far I believe that the barrel contains Cantillon, Crooked Stage, Upland dregs, and East Coast Yeast. 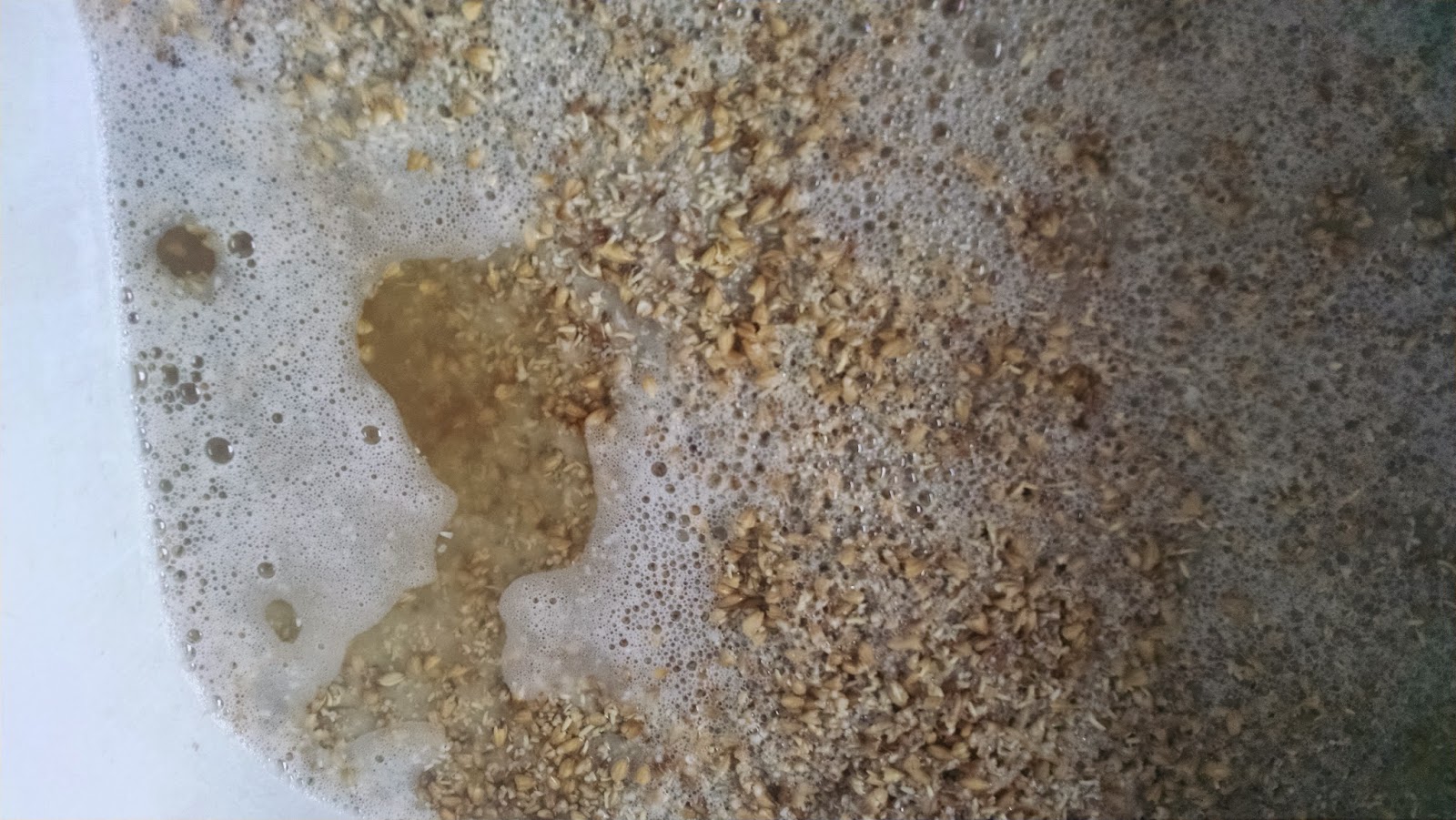 Over time I have shortened the amount of time that I leave the beers in the barrel, which has also caused me to change my overall brewing procedure. The first sour beer I added I mashed high, as I typically do, and aged it for about a year. Generally this is not recommended with such a small barrel due to the high volume to surface area ratio, acetobacter acetic acid production will be higher than it would be in a large barrel due to the oxygen transmission through the wood. That beer did have an acetic character to it, but it was lower than I thought it would be after that amount of time. The second time I reduced the amount of time in the barrel from a year to roughly 6 months. This prevented acetic acid production, but I don’t think it fully attenuated (This is why I use strong bottles). For the third sour beer I decided to change my brewing procedure to account for a shorter time in the barrel. This time I decided I wanted the beer to be very dry and ferment quickly for a light tartness. I was targeting something you would find from an old school Saison. I mashed very low for a quick fermentation that would leave the beer with very little residual sugars to avoid bottle bombs and over carbonation issues in the future. I also knew that all the bugs in there would provide some acidity in a quick amount of time. My normal procedure for reusing my barrel is to bottle the day before brewing and rinse it with near boiling water just to clean out the yeast and trub from the bottle of the barrel, then rack directly into the barrel to ferment in the barrel. This time, however, I decided not to clean it out in hopes that the larger yeast count would start fermentation sooner than it has in the past. My target is terminal gravity with a light tartness in about a month and a half to two months. Then I might dry hop or add fruit to the beer. I’m hoping that I can use this barrel to start to crank out sour/tart Saisons every few months.

Notes:
2/7/15 – Brewed by myself. Added 2 grams of Gypsum and CaCl to the mash and 3 grams of Gypsum and CaCl to the sparge water. Somehow I came in about 10 points under my target pre-boil gravity, I really don’t know why it was so low. I added a pound of sugar to the boil which brought it up to where I wanted it. I’m fine with adding the sugar though because I want it to be dry and I was over my target mash temperature. Beyond that I didn’t have any other issues.

4/3/15 - Gravity down to 1.009. Beer racked into two different 3 gallon carboys. One on 3 lbs of fresh raspberries and the other half onto 44 ounces of fresh picked loquats from the tree in my front yard.