Way behind on getting this up, but with long work days and beer judging in the evening, I just haven’t had time. A quick recap: this IPA was brewed as an APA in a club brew on our big system and split into different carboys. Naturally I went with Conan yeast, first because I had some around that I needed to refresh, and second it is basically hop steroids. The beers were designed to be served at the Golden Age of Homebrewing for San Antonio Beer Week. I’m happy to report that my keg was the first in the club to blow that night (that was full to begin with) and the third overall at the event. 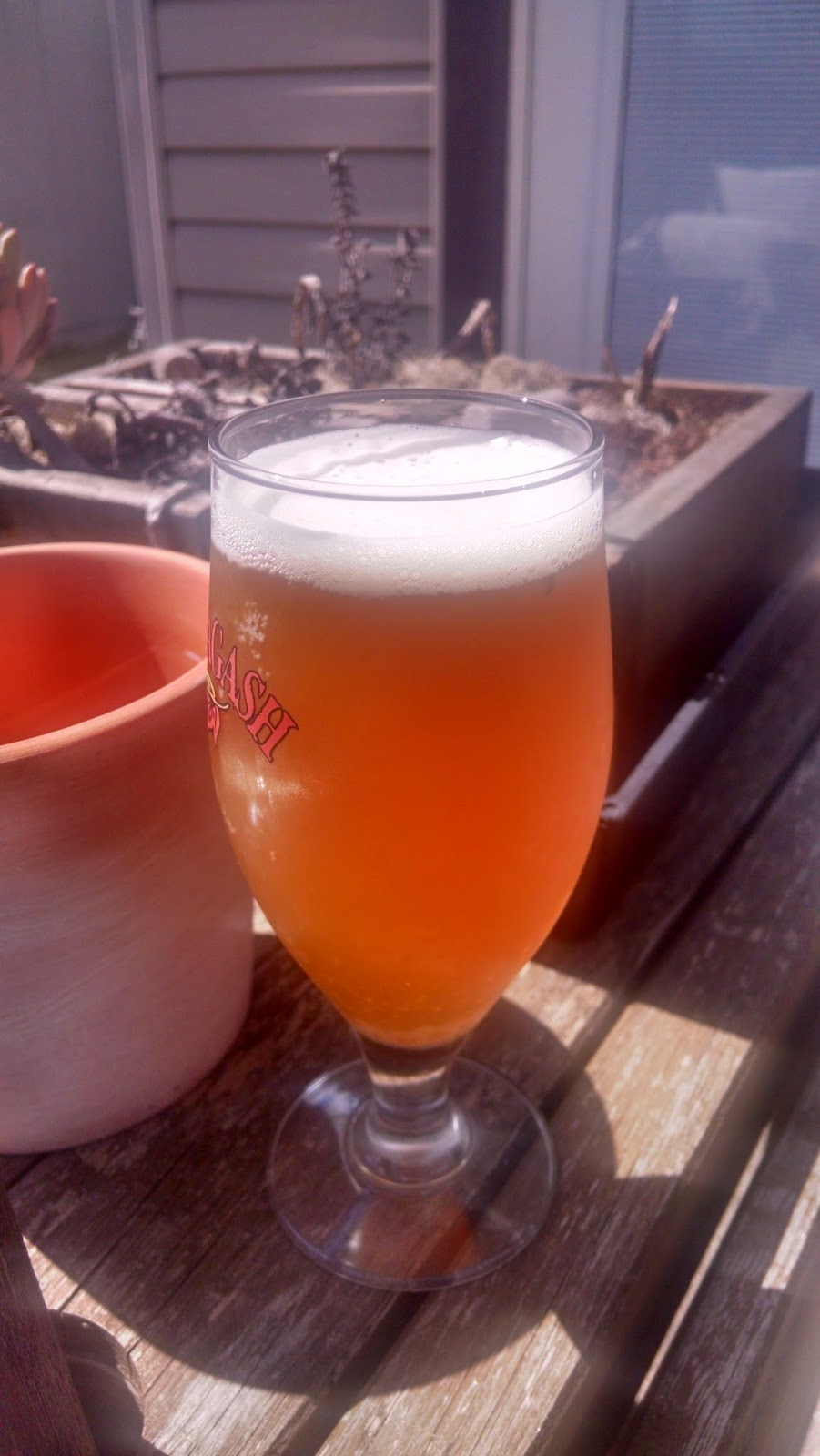 All of the beers we were serving that night were very good and it was interesting to taste them next to each other. If you were not told it was the same base beer you wouldn’t have known. The power of yeast and fermentation.

Appearance: Pours a hazy orange with a thin white head that lingers and fades to a thin lacing. I would prefer better clarity but it wasn’t in the keg that long and I think our Calcium addition was a little low. Conan is known as being a terrible flocculator, but I’ve brewed with it before and had my beer’s clear out.

Aroma: Lots of grapefruit, some orange, a hint of peach and passion fruit with some underling spicy phenols. I think the fermentation was too high. Generally I ferment it at 64F, but I didn’t have room in my chest freezer and my beer room was at 68F. I’ve noticed that if the temperature is too high it becomes a little Belgian-y. The dry hoping really helped make my version have the biggest nose.

Flavor: Grapefruit, peach, some spicy notes, and a touch of grass. I left the beer on the dry hops a little too long so I ended up with some grassy character. The bitterness is assertive and lingering. My version was definitely the most bitter. Thank you Conan.

Mouthfeel: Medium high carbonation, creamy mouthfeel with a dry finish and lingering bitterness. Mouthfeel was very different from beer to beer. Even though my beer finished drier than other versions, it did not seem as dry.

Overall: I really enjoyed the beer, even though I only got a few pours, but more importantly, everyone seemed to enjoy it as well.
Posted by James at 10:23 AM