It’s been a busy few weeks with regards to home brewing activities. Luckily in between ACCF judging (I judged the third most beers, which basically means I’m really good at drinking), the two weeks out of the year that I’m really busy at work, I managed to squeeze in a brew day. I mean after all 40 gallons of sour beer is probably not enough. As much as I want to brew other things I have to brew to refill my barrel because it has turned into a sour beer making machine. I like to joke and say that the reason I started brewing sours is because I’m lazy. I’m able to brew one weekend and then not deal with them for about a year. That way I’m able to be lazy and put off beer related activities. With my barrel, however, I can’t leave beer in there too long because it will develop acetic acid or too much acidity if I leave it in there too long. 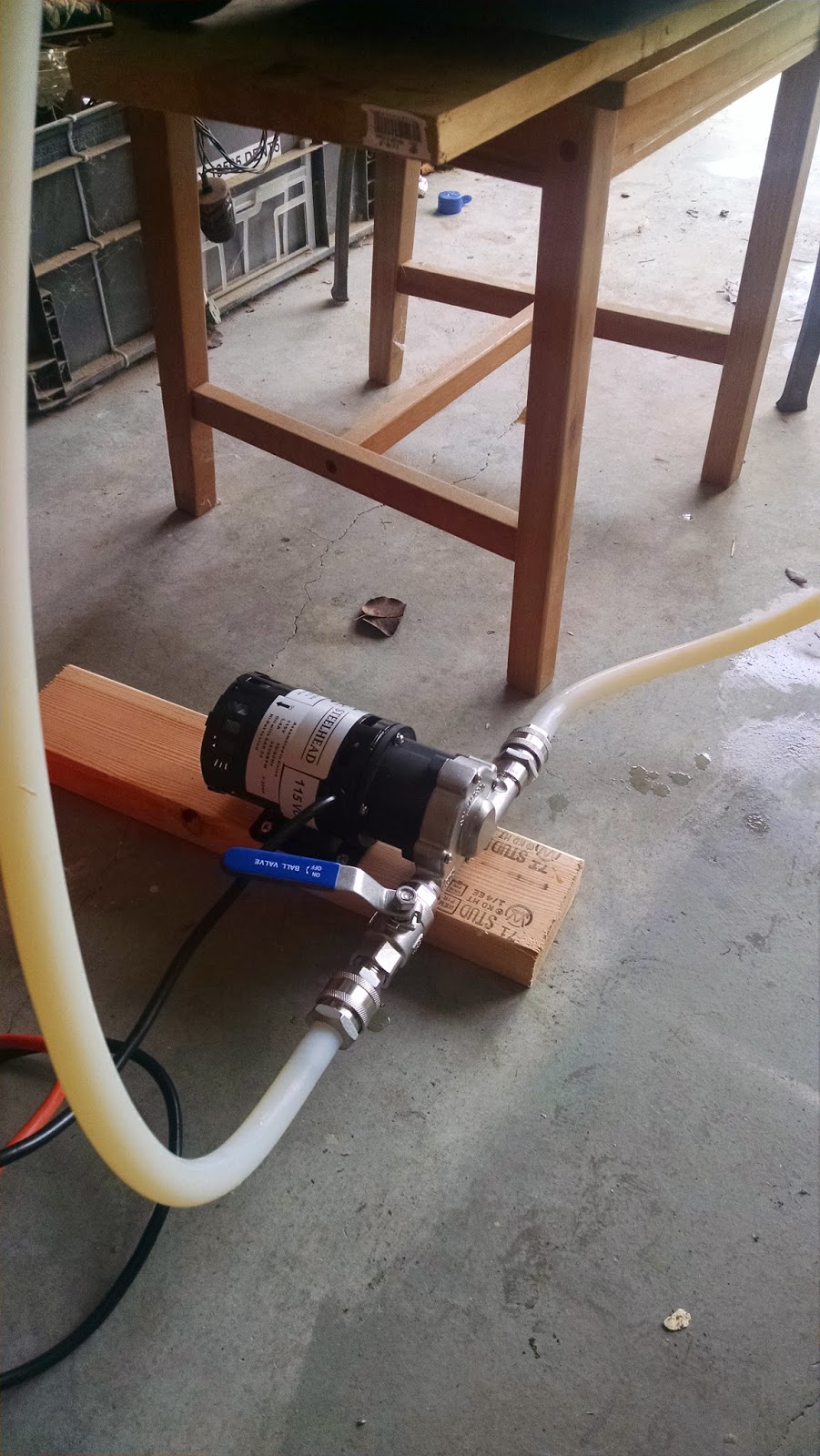 When I tasted the last batch it was already tart and dry after only 3 weeks. I already knew that I wanted to add fruit to the current batch but I normally let the beer tell me what fruit would be best. I don’t see the point on deciding on a fruit to add to a sour beer prior to the beer being finished because the flavors produced could clash. Immediately after I checked the gravity I knew that I wanted to add raspberries to part of it. It had a clean lactic acidity that was bright and reminded me of raspberry.  To have extra options I also chose to use some fruit from the tree in my front yard. I’ve always wanted to use the loquats from the tree in my front yard, but the only time since it produced fruit (until recently) was when I just moved in and I didn’t have anything available to add fruit to. Luckily the timing was just right this year. I harvested the loquats and removed the pits from them while I was brewing the latest batch for the barrel and added them straight into the carboy without washing. I thought it would be fun to add some native wild yeast to the beer.

For this iteration I decided to maybe do a dry-hopped sour. Of course this could change depending on how the beer works out, but to get it started my plan was to only add flame out hops. My thought process is that with a 30 flame out addition I will still get plenty of IBUs to keep the lacto in check, but not enough to prevent it from working. I will also be preserving the aromas that I’m looking for rather than adding bitterness, which will clash with the sourness. I thought Nelson Sauvin would be a nice complement for what I’m looking for in the finished product.

Notes:
4/3/15 – Brewed by myself. I got to use my pump for the first time during verlaufen and cooling. It made things easier once I figured out how to get it to pump. Collected 7.45 gallons of 1.049 wort. Added 1 gram of CaCl and 4 grams of Gypsum to the mash and 1.5 grams of CaCl and 5.9 grams of gypsum to the sparge. I need to adjust my boil off rate since I think I over condensed the wort. I plan on adding water to top up the barrel and lower the gravity.

5/3/15 - Added a pint of boiled water to the barrel to increase the volume and lower the gravity.

5/14/15 - Decanted the starter for my IPA into the barrel to top it up. The gravity shouldn't be lowered much because the starter was already fermented.

7/19/15 - Did some blending to find ratios of beer that I felt worked best.  Ended up with around a 1.5 gallons left over that I'll probably add cucumber juice.

8/5/15 - Added one cup of cucumber juice to the remaining gallon of Saison and bottled with 30 grams of table sugar for roughly 1 gallon.
Posted by James at 10:50 AM