I stopped drinking while I brew a while ago in order to prevent making stupid mistakes. While I have mostly removed stupid mistakes from my brewing, it doesn’t mean I don’t still mess up. The first time I attempted to brew a New England IPA it didn’t go as planned. I didn’t account for the flaked oat addition or the RO water so I ended up acidifying my mash. My target for mash pH was 5.3 and I ended up at 4.9 unintentionally by adding acid malt as I normally do. Since I don’t have a way to raise the alkalinity of my mash (chalk doesn’t dissolve very well in water) I decided to change my plan during the boil. 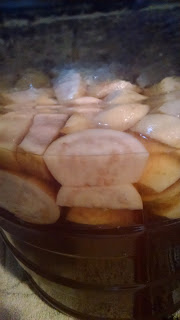 I had a full carboy of a beer I soured for our club brew that I needed to keg so I decided to keg it during the boil and use the yeast cake to sour my already acidic wort. My normal process for souring beers involves mashing close to 145F in order to generate a quick lactic sour, however, since I was already mashing it was about 10F higher than normal. I wasn’t really worried about it because my bug blend will pretty much ferment and sour everything (I’ve never brewed a beer that I intended to sour that didn’t). Since I wanted to sour this beer I didn’t add the hops like I had planned for the IPA. The only addition was at flame out for aroma and I little bit of alpha acid to keep the bugs in check, but mostly let them go wild.

Initially my plan was to add citrus to the beer post fermentation and dry hop, possibly orange, lemon or grapefruit, however, when I went to the store I found guava on sale. I’ve only had two beers with guava, Cigar City guava Jai Alai and Crooked Stave Petite sour with Guava, but I’ve always wanted to use them because of the amazing aroma.

Moral of the story is every brewer makes mistake, but improvisation is how you save a beer. Dumping a batch of beer is never fun. 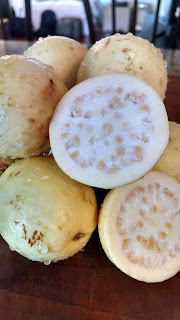