It took me a little longer to get this review out because of a few reasons. First, it took longer for the Brett to start fermentation, second it took longer for it to finish fermenting, and third when I kegged it the beer needed more time to condition and clean up. But it’s ready to go now. 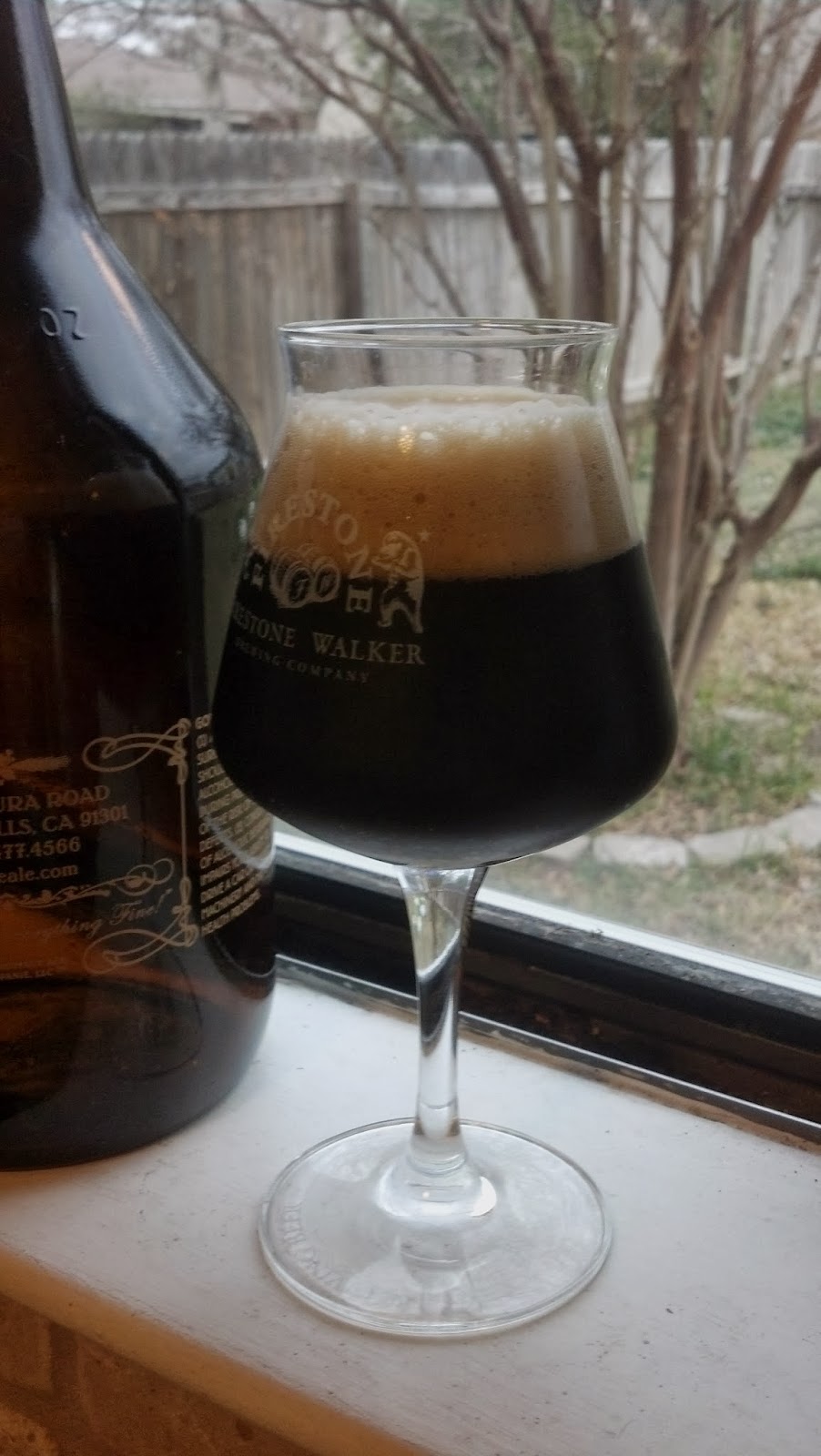 In case you forgot this beer was the same beer brewed for the Conan Black IPA. The only difference was that this version was fermented with a Brettanomyces strain that was isolated from a Cantillon bottle by BKYeast. This particular strain is labeled C2 and was isolated from a 2007 Cantillon Iris. I decided to brew a black IPA because it was a style that I haven’t brewed before and it gave me a chance to try a new technique. I also wanted to brew something hoppy again since my Heady Clone didn’t work out so well and I was determined to adjust my pH to improve the perception of bitterness, as well as, prove to myself that was the problem. I was also curious to see how Conan and Brett would perform in a dark beer. As you might know Conan is only used in Heady Topper (although that has recently changed) and is not offered in anything pale. I wanted to know if its characteristics would change. It is also difficult to find any Brett primary fermentations used in dark beers, outside of Crooked Stave Nightmare on Brett St. So I wanted to see how Brett would perform with dark malt. I also wanted to have a side by side comparison on the dramatic influence of yeast on a beer.

Appearance: Jet black just as the other beer with a thick tan head that lingers and slowly fades to a thin lacing. The beer shows good head retention and stability. Due to the shape of the glass and the color it is difficult to determine any clarity, but from what I remember this yeast is not very flocculent.

Aroma: The aroma is the first notice that something is different from the other beer. Its little grassier then the Conan version with hints of citrus, grapefruit and a bit of funk. The aroma is not blowing me away but I could attribute that to either under dry hopping or the fact that this Brett strain seems to absorb hop aroma. The last time I used it there was virtually no hop aroma. Or the fact that the yeast might be metabolizing hop esters and converting them into different esters. There is not a lot of Brettanomyces research out there to go on. I also get a little phenolics in the aroma, maybe a little bit of bandaid, not particular off-putting but its there.

Flavor: The flavor is also a big departure from the Conan beer. Whereas, Conan came out clean, slightly bitter with a hint of roastiness, this beer does not have any perceived bitterness, a tough of roasted grains and a more acidic character.  I did not aerate this beer unlike the last time and it still produced acidic acid. I think this strain might just produce higher levels of acid then other strains. Although did have to leave the air lock off during fermentation so that it didn’t built up pressure and blow the air lock off, but I’m not sure how much oxygen diffusion would take place. My other thought is that oxygen could have been introduced during cooling since the wort splashes around a lot with my unique cooling setup. A noticeable difference between my uses of Brett in the past is the amount of barnyard flavors I get from this Brett strain. Normally I don’t get much barnyard from a primary fermentation, but this is an exception.

Mouthfeel: Medium carbonation, dry finish, slight roasty finish and a thin body. You can definitely get a difference of the amount of glycerol produced by the two yeast. Glycerol is a byproduct of yeast fermentation, which aids with the body of the beer. Some yeast produce more the others, Brettanomyces is notorious for not producing a lot and creating thin beers. I would say that this beer is slightly thin, which is why most Brett beers are produced in conjunction with another strain or a higher portion of adjuncts are used to increase the body.

Overall: It’s a good beer; my worries from when I first kegged it are gone. I’m not sure if I’ll continue to use this particular strain of Brett for future primary fermentation since so far I have not been a big fan of its results, but I can say that I’m a fan of its products when used as a secondary strain. I also think that part of my problem is that I drastically under pitch it. Brett cells are actually about 3 times smaller than ale cells and are even smaller then lager cells, which is why it is harder to clean. The cells are small enough to fit into pours in plastic and do not need a large colony to affect a beer (hence a Brett infection). It is no more difficult to kill then regular yeast, it’s just better at hiding. The smaller cell size though requires a higher cell count for a primary fermentation. Brett also has a longer than normal lag time, which when pitched at lower cell counts, exacerbates the situation. With an extended lag time other competing bacteria are able to add their contributions (often negative) to the beer before the Brett can make the environment toxic to them by lowering the pH and producing alcohol. That could explain some of the acidity that I experience with this yeast. But then again I never experienced it with my other Brett fermentations. Either way between the two beers I’m going to pick the Conan fermented version for this beer.