This is part one of two tastings that I’ll post as part of part one of my yeast series. This tasting is the Conan yeast half of the BlackIPA. Later I’ll post my evaluation of the Brett half of the beer. For this Black IPA I used the famed Conan yeast from Heady Topper. But instead of trying to brew a Heady Topper clone like most people (also since I’ve already done that) I decided to brew something different. Since the yeast is supposed to have unique properties, such as a peach like aroma that it produces I thought it would be interesting to try it in a beer that you cannot find. They yeast is currently (although that will be changing soon I believe) only used in one beer. Which I feel makes it hard to determine what characteristics are produced by the yeast and what are produced by the hops used. 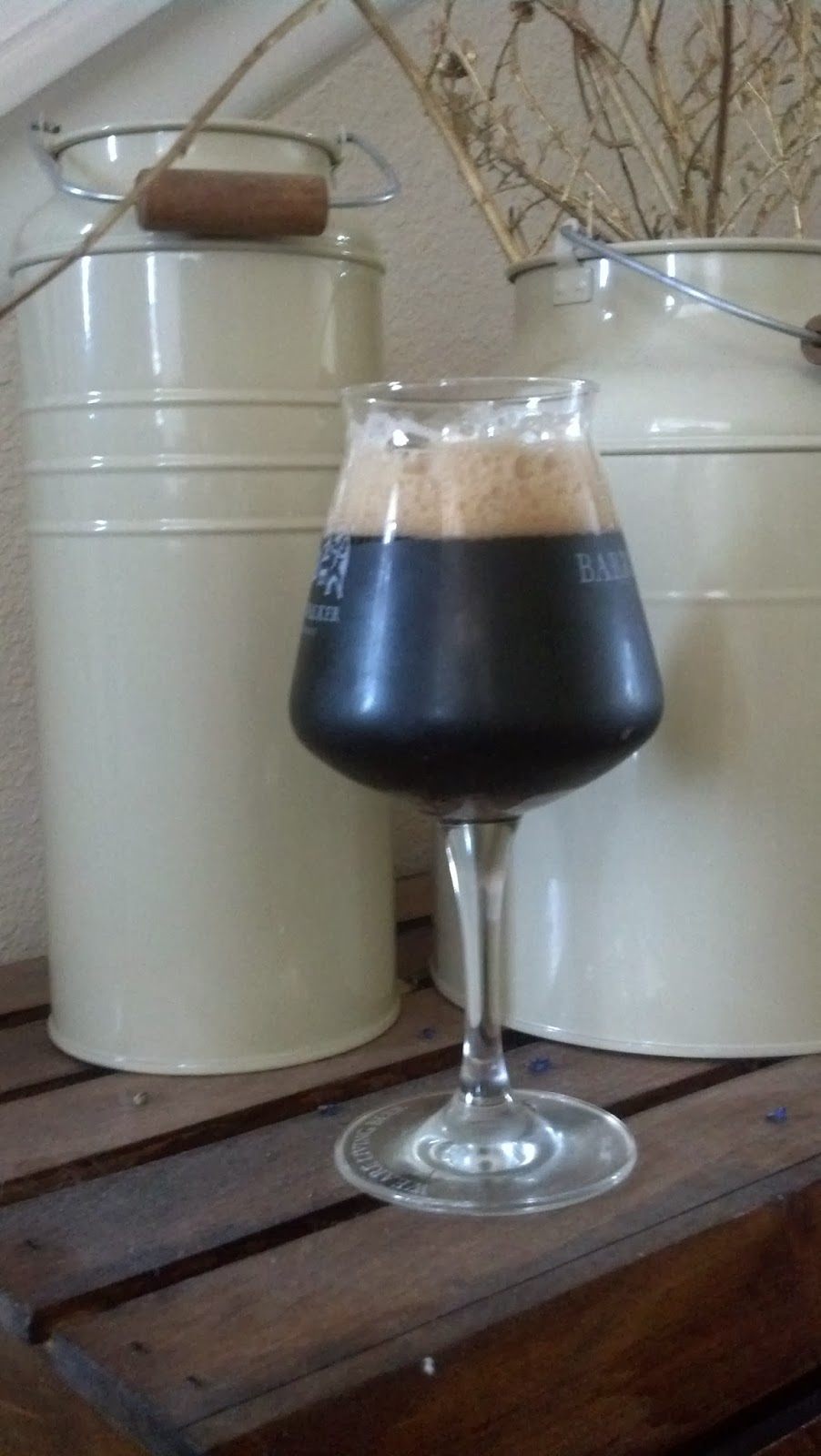 Appearance: Jet black with a tan head that shows good stability and slowly lingers to build a nice lacing over the top of the beer and clings to the side of the glass. Due to the color of the beer and shape of the glass I used it is hard to determine the clarity, but with past experiences with Conan I would assume the yeast’s low flocculation rate and chill haze that was probably produced during dry hopping, the beer is hazy. The appearance of the beer alone does not prepare you for the aroma you are about experience.

Aroma: Big grapefruit burst with subtle citrus notes and berry notes. I think there is a touch of grassiness but it is not overwhelming at all. This was my first time using Mosaic hops, which are known to produce a unique blueberry aroma. I can’t say there is much blueberry but there is a touch of it. The aroma is dominated by grapefruit though. There is a slight roasted aroma that you get from the roasted malts but it is not over powering like you would expect from a dark beer. I think adding the Carafa III at the end of the mash helped to minimize the roasted aroma.

Flavor: I don’t get the typical peach aroma from the Conan yeast but I can definitely pick up on the flavor. I tried to use a restrained amount of bittering hops and opt for hop bursting for hop flavor instead. I think this approach worked and gave me a more complex tasting beer, rather than a straight up bitter beer. The bitterness is still there, letting you know it’s an IPA, but it is restrained and more complex. Grapefruit is again the predominate flavor followed by a slight citrus and peach flavor and a touch or roastiness. Again I think the roasted flavor is restrained but it is more apparent in flavor the aroma.

Mouthfeel: I love the mouthfeel of this beer. Its body is medium-light with medium-high carbonation and a dry finish. The bitterness does not linger for long and the beer has a nice crisp finish. It definitely does not drink like 6.8% ABV. This is the crispest finishing beers that I have brewed; I think the small amount of Pilsner malt really helped with that aspect.

Overall: I would say this is one of the best beers that I have brewed and probably the first beer that I have brewed where I would say it is comparable to commercially brewed beer.  I think paying attention to pH really helped me dial in many parts of a beer that I struggled with in the past. The bitterness is smooth, whereas before it would be a little abrasive, the beer has the right amount of acidity that I think my beers would lack, which I think prevented a clean finish. I will no doubt add acid malt to the majority if not all of my future beers.  I love the complexity of this beer both in flavor and in aroma a long with the body and finish.
Posted by James at 8:34 AM