I was asked by my father if I could brew a beer for my cousin’s post wedding party. His request was for BBQ and German beer. Well unfortunately I assumed that he was thinking German lager, which only a month out I could not produce. Since most German beers are lagers, I didn’t have many options. Kölsch, Alt, and Hefeweizen are pretty much my only options for a quick turnaround beer. We decided to brew 10 gallons of Hefeweizen and keg it. 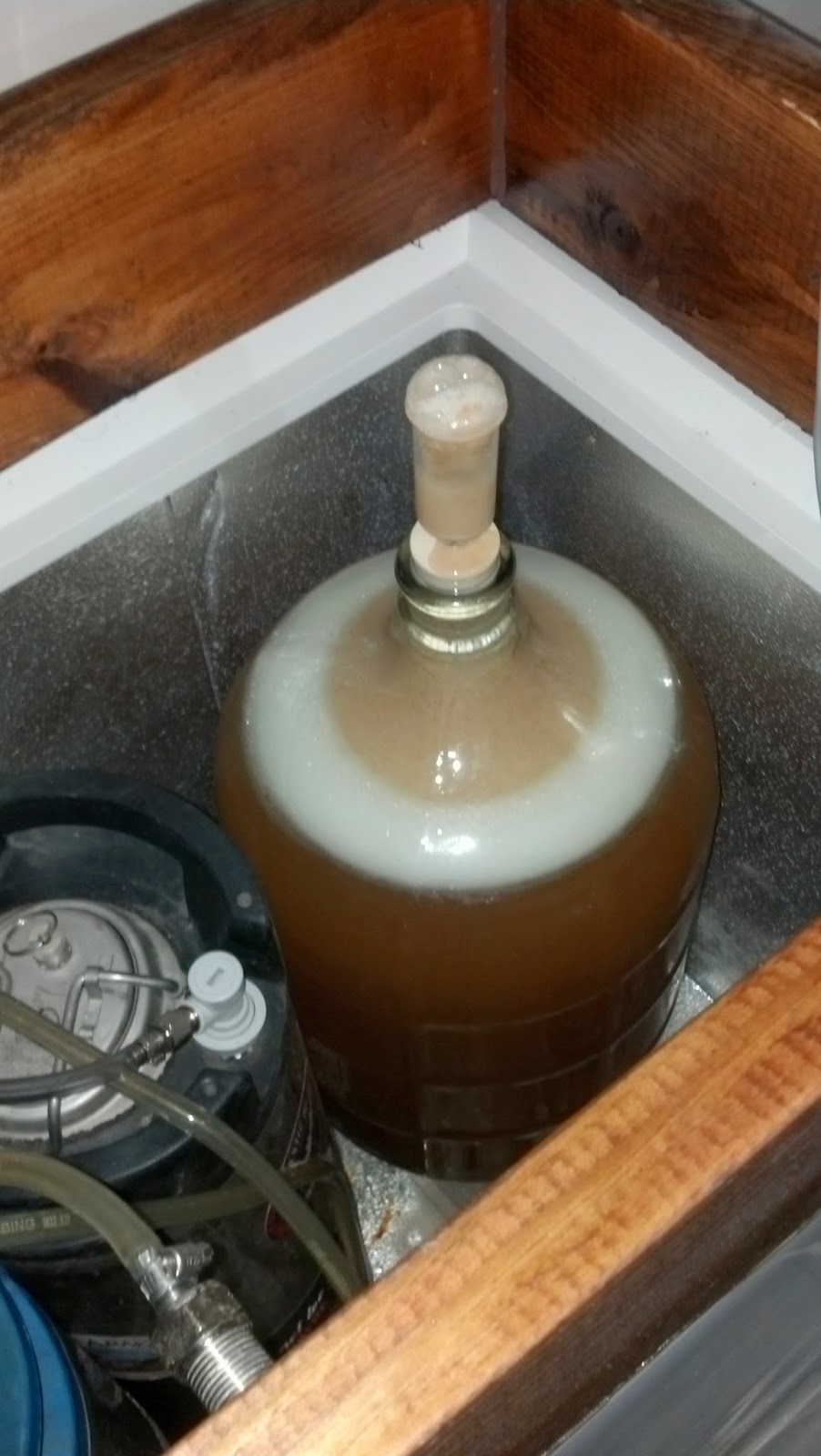 I wanted to attempt to do a multistep mash and try to produce more clove aroma then banana compared to my last attempt at brewing a hefeweizen. Granted the last time I brewed a hefeweizen I believe it was over a year ago and I dry hopped it. Before that I think the last time I brewed one was the first beer I brewed. Since that time my brewing has drastically improved so I was intrigued to see how the beer would turn out compared to the first time I brewed. In attempting to add more clove aroma and flavor I knew that fermenting at a lower temperature causes the yeast to produce more 4-vinylguaiacol, which is the ester that produces clove. On top of that I’ve read that mashing at 113oF will provide the precursor for that aroma. However, after more research and seeing an experiment conducted by Braukaiser, I decided it was not worth the extra effort. Kai’s experiment consisted of brewing two different hefeweizens using the same yeast and same ingredients. The only difference is that one beer he performed a ferulic mash rest and the other he did not. The outcomes essentially produced the same beer, thus in my opinion it wasn’t worth it.

I used what most people would call an excessively complex grain bill for this beer since traditionally, and in fact by law in think in Germany, hefeweizens are 50% Pilsner malt and 50% wheat malt. I didn’t feel like doing an extended 90 minute boil for the Pilsner malt since we had people coming over that night for a bottle share, however I did want some of the crispness that Pilsner malt contributes. I also decided to add a little melanoidin malt for a touch of bready complexity. Of course the acid malt is for lowering my mash pH into the right range. I was also this time able to correctly use my pH meter to confirm my mash pH.  Since I didn’t have room to ferment both beers in my chest freezer I decided to ferment one in the chest freezer at a low temperature to attempt to keep the banana under control and increase the clove aroma. The other will be fermented at ambient temperature so we should end up with two pretty different beers and it should highlight the affect yeast has on a beer.

Notes:
5/10/14 – Brewed with my Dad. Only 0.001 off of target pre-boil gravity so no adjustments made. Mash pH was 5.55 and final boil pH was 5.37. I would have preferred for the mash pH to be a little lower, but still acceptable. Chilled to 80oF, half of the batch was placed in my chest freezer with the temperature set to 39oF, the other half was placed in my beer room to ferment at ambient temperatures. Three hours later the chest freezer temperature was increased to 65oF and the yeast starter was split between each carboy. The plan is to have a comparison between fermentation temperatures.

7/31/14 - Long over due update. Life got in the way and I ended up only having one glass of the temperature controlled version. It was not finished carbonating yet but it needed to be served so it was as ready as it's going to be. It looked great, it smelled great, much less banana then normal and more clove and spicy esters. The only down side was low carbonation and no head. That's the good news. The bad news is that the other half of the experiment sits in my beer room because it's infected. I don't know how it's infected because I've been afraid to try it knowing that it was probably infected by the flies that got into the house. Maybe I'll be brave enough to try it soon. If it's bad I'll dump it so I can have the carboy back.