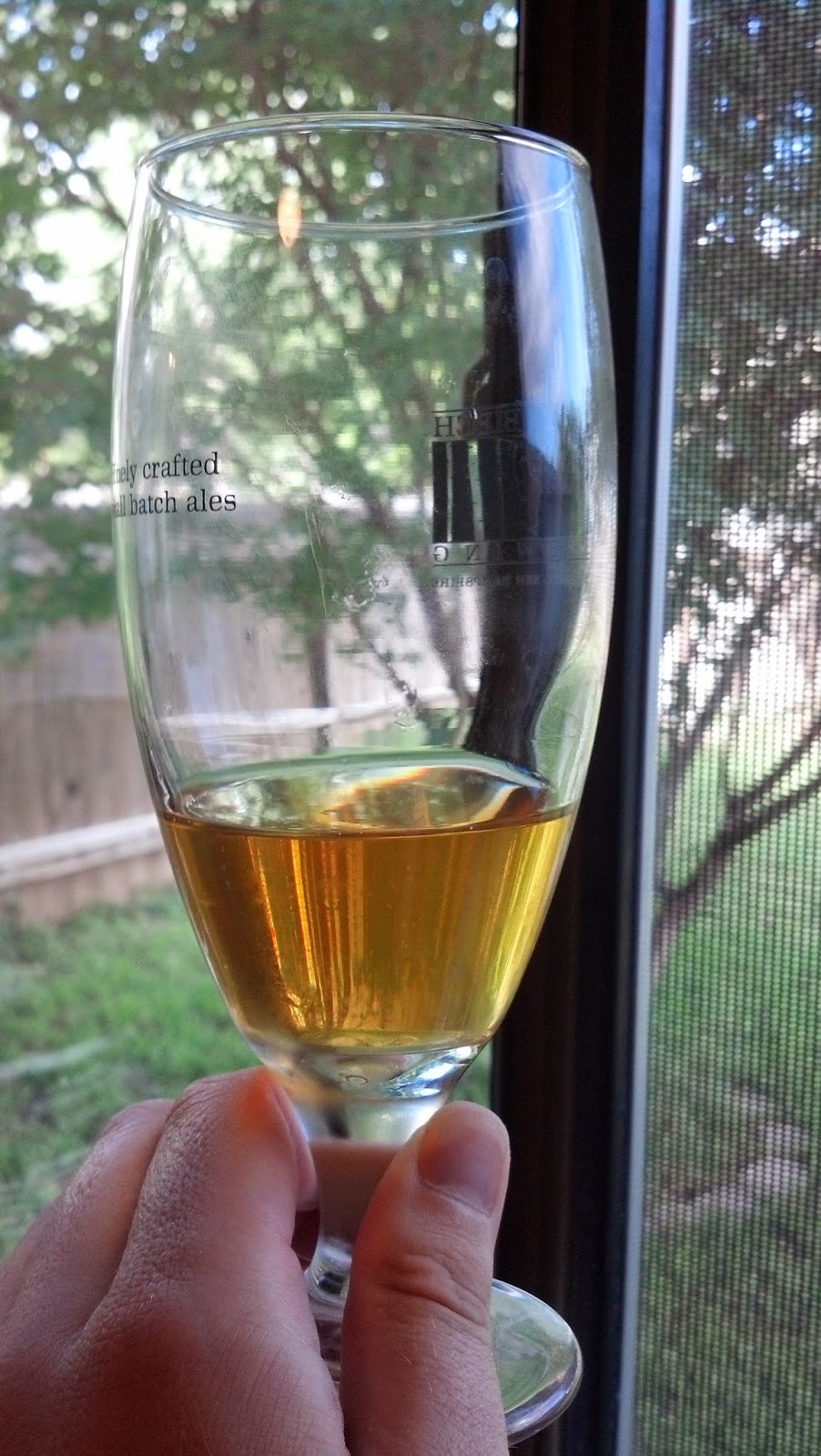 It has taken me a while to get around to reviewing my Rustic Saison, partially due to my keggerator being incapacitated and partially due to life events which have caused me to be completely apathetic to anything. However, I now have my keggerator back and I have motivation again. This was my first attempt in using honey in a beer. I wanted the flavor and aroma of the honey to peak through so I added it in after cooling the wort in attempting to preserve it’s characteristics that would be boiled off. As I looked into it a little more I found out that you can actually add honey after fermentation as well since yeast fermentation can also drive off volatile aromas from honey. I never really considered that as an option but I think it would be the best option in the future. The concept is similar to either adding fruit or dry hopping.

Appearance: Hazy opaque orange-yellow with a fluffy white head that fades a little faster than I would prefer. I’m not entirely sure why the head retention is so poor for the style. I don’t think I’ve ever brewed a saison where the head fades this quickly. My guess is it was my mash schedule, but it could be a dirty glass or dirty beer lines (I will admit in my apathy cleaning the lines was not something I was interested in doing). With enough time in the glass it does clear up surprisingly well, so any haze must just be chill haze.

Aroma: Spicy phenols with a touch of clove and citrus with a floral back ground. I’m pretty pleased with how the aroma came out. I might prefer it to be more floral and less spicy, but it’s hard to control saison fermentation.

Taste: Similar to the aroma, however, the spice from the yeast is much more apparent. Black pepper, clove, and cinnamon with a touch of citrus. I don’t get much of the honey in the flavor, but I assumed it would be that way since the honey is pretty much 100% fermentable, there shouldn’t be any residual sugars left for flavor.

Mouthfeel: This is probably the aspect that I’m most disappointed with this beer. The body is creamier then I would like and fuller then I would want in a saison. I think that comes from the fact that the carbonation is too low, but without a duel gauge regulator I can’t have two different levels of carbonation. The finish is very dry though, which I do like form a saison, it might be the driest beer I’ve ever brewed. 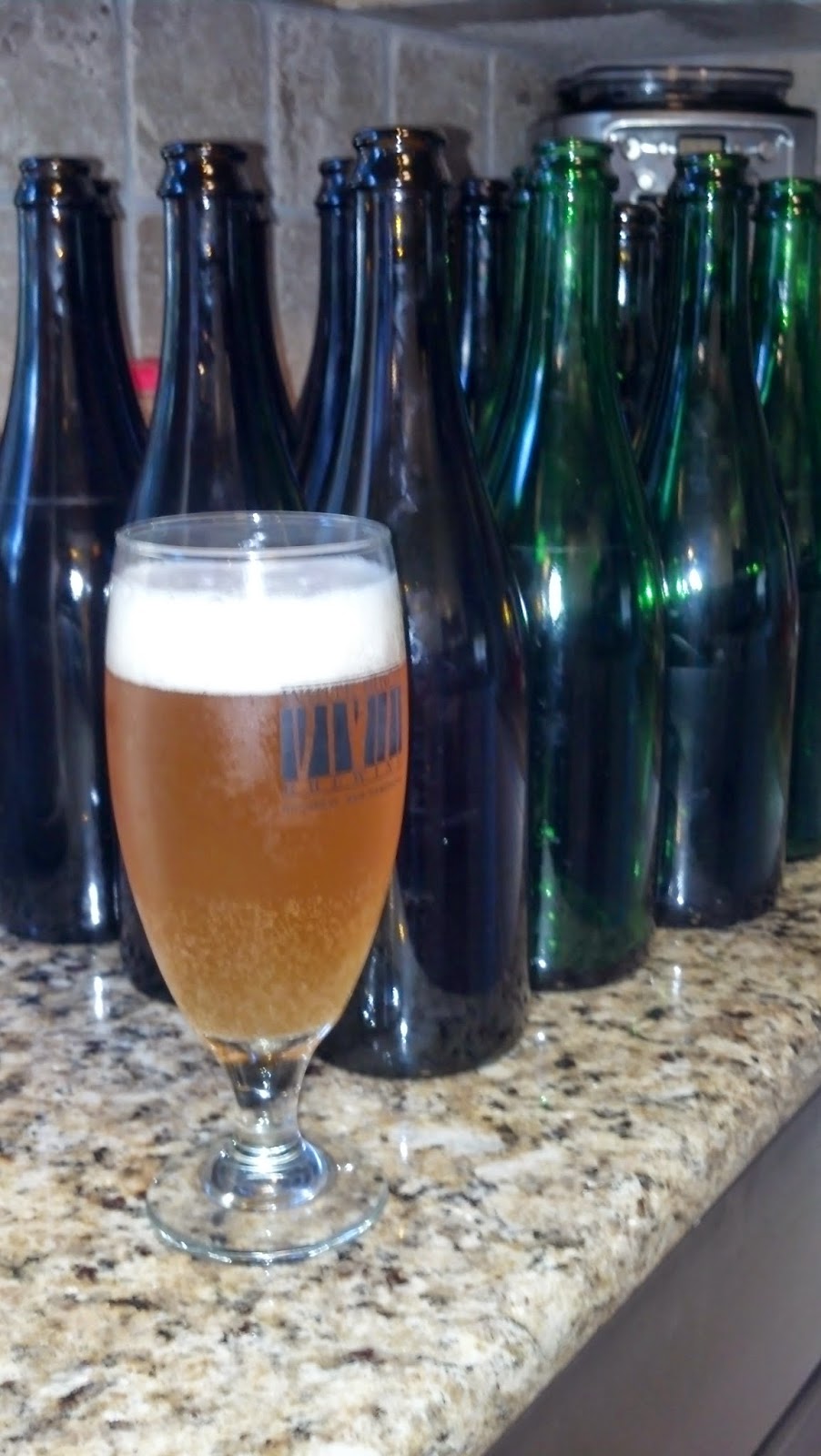 Overall: I’m pleased with how the beer came out. I would definitely say, after a few batches using my pH meter, that taking mash pH into account has definitely improved my beers. I think the lower acidity improved the fermentation, which dried out the beer and has caused some of the flavors to be brighter and cleaner. It also has probably helped with the clarity of my beer as well. Next time I brew this beer I’ll probably add the honey after fermentation and maybe try to minimize the yeast phenols by increasing my pitch count.
Posted by James at 8:53 AM