I will admit that I first thought of the name for this beer before I even brewed it, normally it’s the other way around for me. As soon as I thought of the name I then had to brew the beer. I wanted to brew something for the warmer months and I’ve wanted to try my hand and brewing a lager for the first time.  I also thought that a Helles would be a good first lager since its maltier then a Pilsner, however; it’s not as malty as a Bock and on the lower end of the alcohol spectrum. 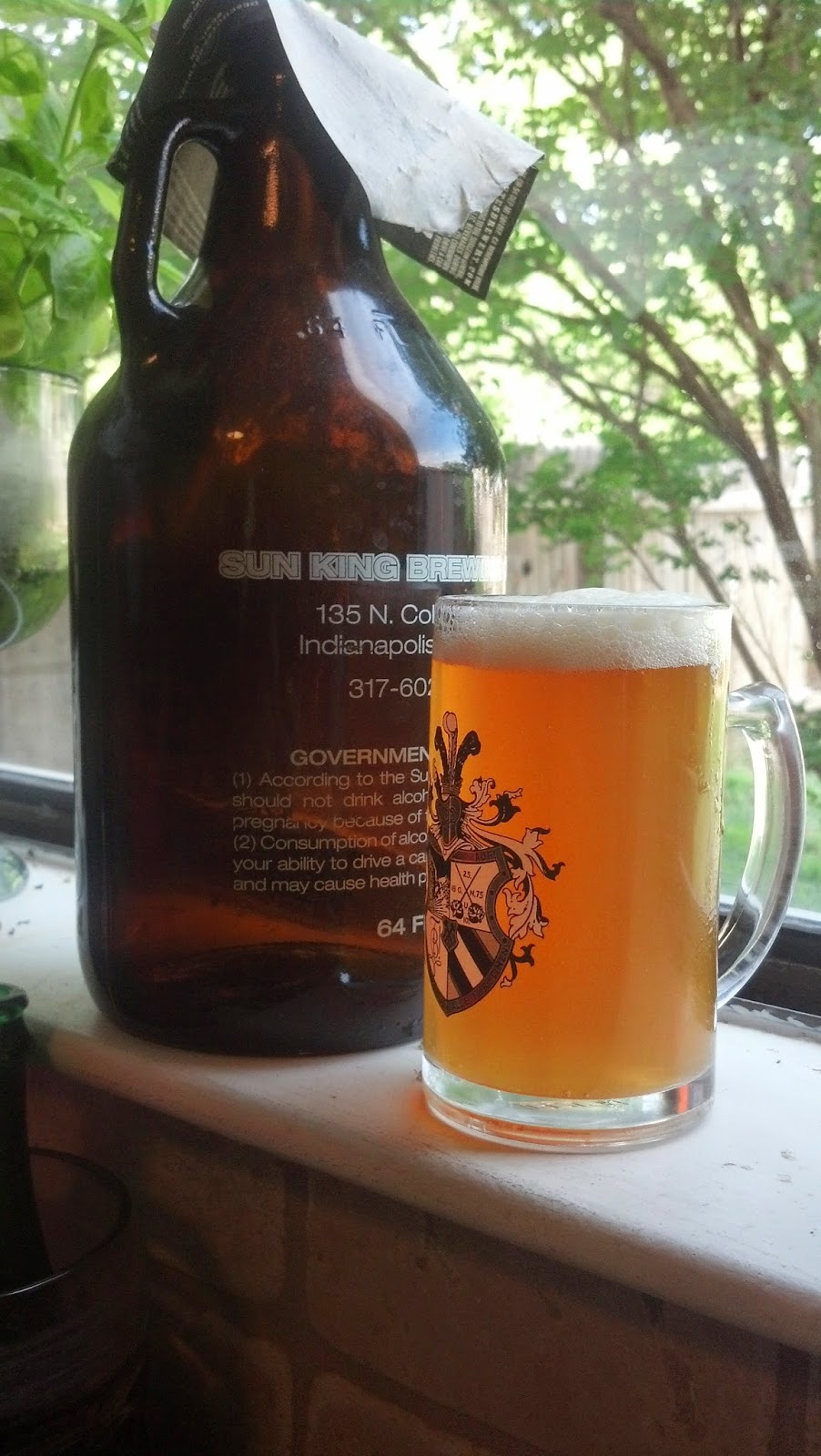 I figured I would go all in on my first lager and do a double decoction, because why not? Did it make a difference I have no idea. If you ask a German they will say it matters but if you do a side by side with a single infusion you may not see a difference. The only problem that I discovered with lager brewing, and didn’t really consider, is that it takes my chest freezer out of commission. I can still have kegs in it but if they run out or get low I can’t brew another beer because I can’t raise the temperature for ale fermentation while its lagering. That means I can only brew Saions while lagering, until I can get a separate lagering refrigerator. Now on to the review

Appearance: Pours a slightly hazy orangish yellow with a thick fluffy white head that slowly lingers and fades to a thin lacing over the top of the beer and clings to the sides of the glass. I’m definitely disappointed on the clarity but if I really cared about it I could add some fining agents.

Aroma: I don’t get any sulfur and maybe just a touch of diacetyl. Although I’m wondering if the diacetyl that I perceive is because I’m looking for it and expecting some to be there since it was my first lager. I need to bring this beer to homebrew club for some non-biased reviews. Other than that the aroma is slightly grainy with a touch of spicy hops on the nose. Malty and caramel sweetness are provided by the grains.

Flavor: I feel like there is a touch of diacetyl in the flavor of the beer but it’s small if anything, but I do think I can detect it more in the flavor then in the aroma. I wouldn’t say it’s a negative, just there. The flavor is similar to the aroma, grainy and slightly sweet with very little bitterness.

Mouthfeel: Light body with medium high carbonation and a dry finish with a touch of caramel on the back end. Very easy to drink and easy to enjoy a few pours in one sitting.

Overall: I’m pleased with how this beer turned out, especially for being my first lager and first time I performed a decoction mash. I do wish that the beer would clear up with the need for finings but it could be because I didn’t lager it long enough. I enjoyed making a lager, it was a different experience then my normal brewing procedure, much more technical and controlled, but I enjoyed it and want to brew another lager. I just need to find a time that will work for me and allow me to ferment other beers as well.
Posted by James at 10:29 AM