Generally the notion is that sour/wild ales improve with age. I would say that statement is debatable; they will change but that doesn’t necessarily mean they get better. What is less debatable, however, is that fruited sour ale is better fresh when the fruit is vibrant. I normally like to hold on to my sours for about a year in the bottle for proper conditioning, but with fruit in the beer I’m more inclined to drink it sooner rather than later. 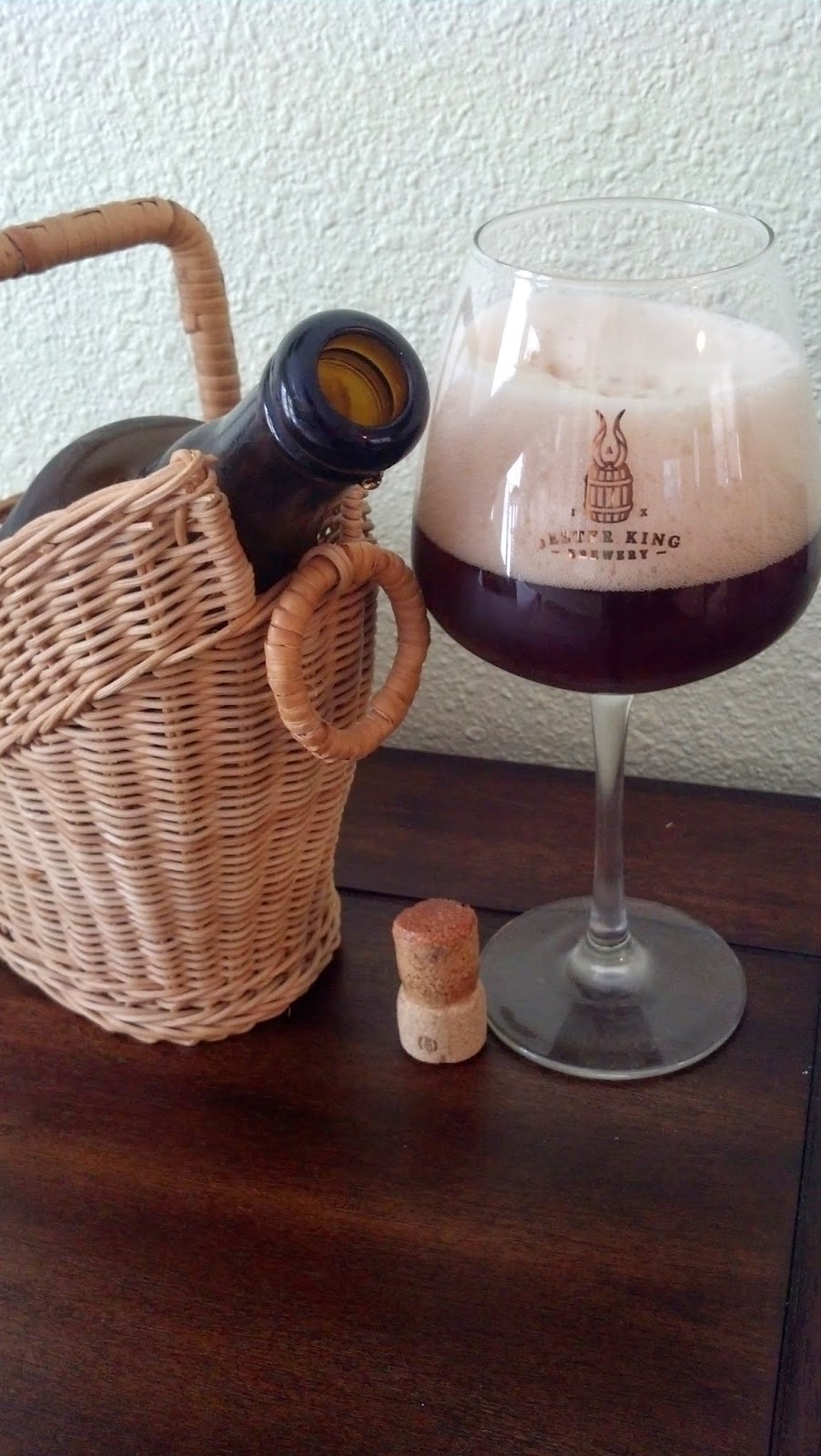 This was the first time that I’ve added fruit to a beer so it was a learning experience. The process of adding the fruit was fairly simple, but I was careful not to add to much air to the beer while racking it onto the fruit. Prior to racking I purged my carboy with CO2. Other than that the only difficult part was preventing fruit bits from getting into the bottles.

As previously stated, generally I condition my sours for a year, I do this because I either don’t add any extra yeast or I just add a little extra Brett from a different fermenting batch. Since I wanted a quick turn around after bottling I added a little bit of dry champagne yeast. Champagne yeast is a tactic used to ensure the beer, which has been aging for more than a year, has a viable yeast source for carbonation. The nice thing about champagne yeast is that it imparts a neutral flavor; it can handle higher levels of acidity, and high levels of alcohol.  It definitely worked and carbonated the beer quickly so I will use it again in the future.

Appearance: Dark mahogany with a touch of ruby red on the edges, topped with a slightly off white head that slowly fades to a thin lacing over the top of the beer. The beer was already red so I’m not sure how much the blackberries added to the color.

Aroma: My worry with sours is always exposure to air and the production of acetic acid. Luckily there is only a trace of acetic that makes the beer similar to an Oud Bruin. The aroma is dominated by lactic acid and subtle berry notes with even a hint of funk developing.

Flavor: Right up front the flavor is lactic acid and blackberry. Barely any of the caramel notes from the original beer before it soured remain. On the back end you can pick up some acetic acid but not in an unpleasant way.

Mouthfeel: Light body with high carbonation and a dry tart finish. The berry flavors come out more on the finish then they do upfront.

Overall: Very pleased with how this beer came out. Despite the fact the the pH was around 3.2 it does not taste as acidic as you would think. The fruit comes through in a subtle way, which I feel is more traditional Belgian then American sour ale, but depending on my mood sometimes I prefer that. As much as I love American sours, they sometimes can come off as fruit juice, more so, than beer. I still have 5 gallons of this beer that I need to do something to. My plan is to add plums, but first I need to make sure that the beer is still drinkable. If it’s turned too acetic there is no amount of fruit that can save it and I’ll have to dump the batch.
Posted by James at 10:52 AM