I’m finally getting around to reviewing my first barrel aged sour. This barrel was a used whiskey barrel from Ranger Creek that I used twice to get two clean ales out of it before I soured it. Both batches came out clean with no signs of infection. I decided at this point it was time to sour it since there couldn’t be too much whiskey or barrel character left. 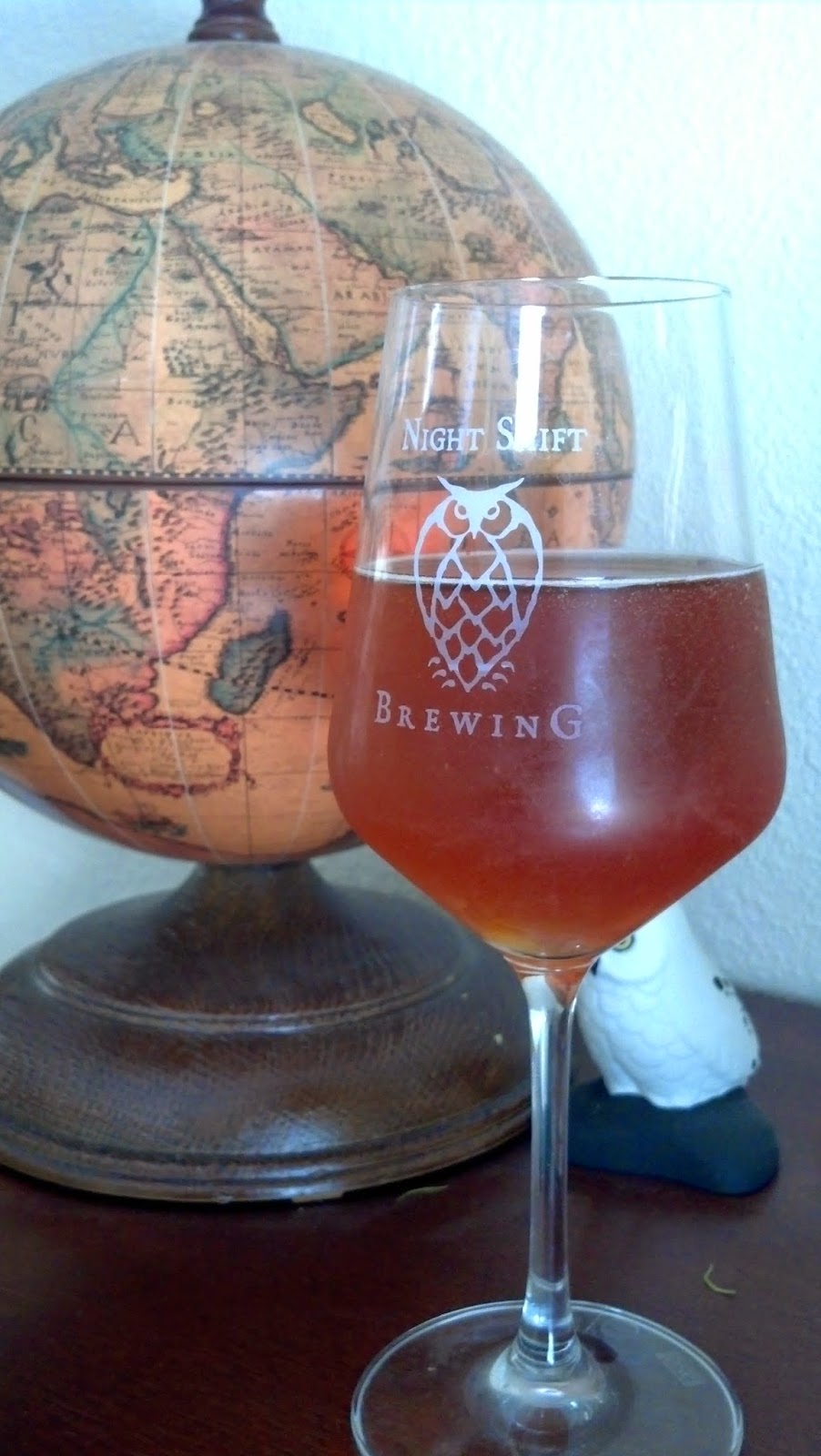 My fear with this beer was oxidation and acidification due to the low volume to surface area ratio. With a small volume the rate of oxygen transfusion is much higher than it would be with a larger wine barrel. Theoretically this would mean any beer I’m planning on souring in the barrel should not stay in it a traditional amount of time. I knew this going into the beer but then got busy and lazy and left it in the barrel for 14 months. I gave up on this beer long ago and expected it to have turned into vinegar; however, I was pleasantly surprised when I took a tasting of this beer to find out that it drinkable. There was an acetic acid bite, but this was expected, it was however, lower than I had anticipated.

Appearance: It pours a slightly hazy deep orange with traces of yellow and virtually no head. Unfortunately the beer has not fully carbonated. I did add a good amount of priming sugar but I don’t believe I added any extra yeast other than a touch of Brett from a different beer. I did notice that a pellicle had formed in the bottle so there is something still alive in the bottles. Maybe with more time they will carbonate a little more.

Aroma: Sharp acetic acid right up front with a touch of lemon citric acid and some funk in the back end. This is the first sour that I’ve brewed where I get the funk that you would get from a traditional Belgian Lambic. I was speaking with the head brewer at Jester King, Garrett Crowell, a few weeks ago and he was saying he believes that a funk characteristic of Lambics that is often perceived comes from the aged hops. Brett can obviously produce funk, but there is an underlying almost fruity funkiness that I feel, agreeing with Garrett, might come from the hops.

Taste: Sharp acidity and vinegary notes with a touch of lemon and a backend of funk. As the beer warms up the vinegar becomes a little overwhelming. Surprisingly there is still barrel character and a hint of whiskey still remaining in the beer.

Mouthfeel: Just a hint of carbonation and a thin body with a dry lingering sharp astringent finish. There is definitely some oak tannin in this beer. I think the carbonation might have helped on the finish to reduce the astringency and the acetic bite on the end.