This was my first attempt at brewing the elusive style Berlinerweisse. Fear of producing 5 gallons of vomit is what has kept me from attempting, as well as, the fact that there is no single undisputed way of producing a Berliner. I decided to go a more natural way by using the naturally occurring on the lacto on the grain husk for the souring bacteria; however, I wanted to maintain extra control over a sour mash by souring the wort. 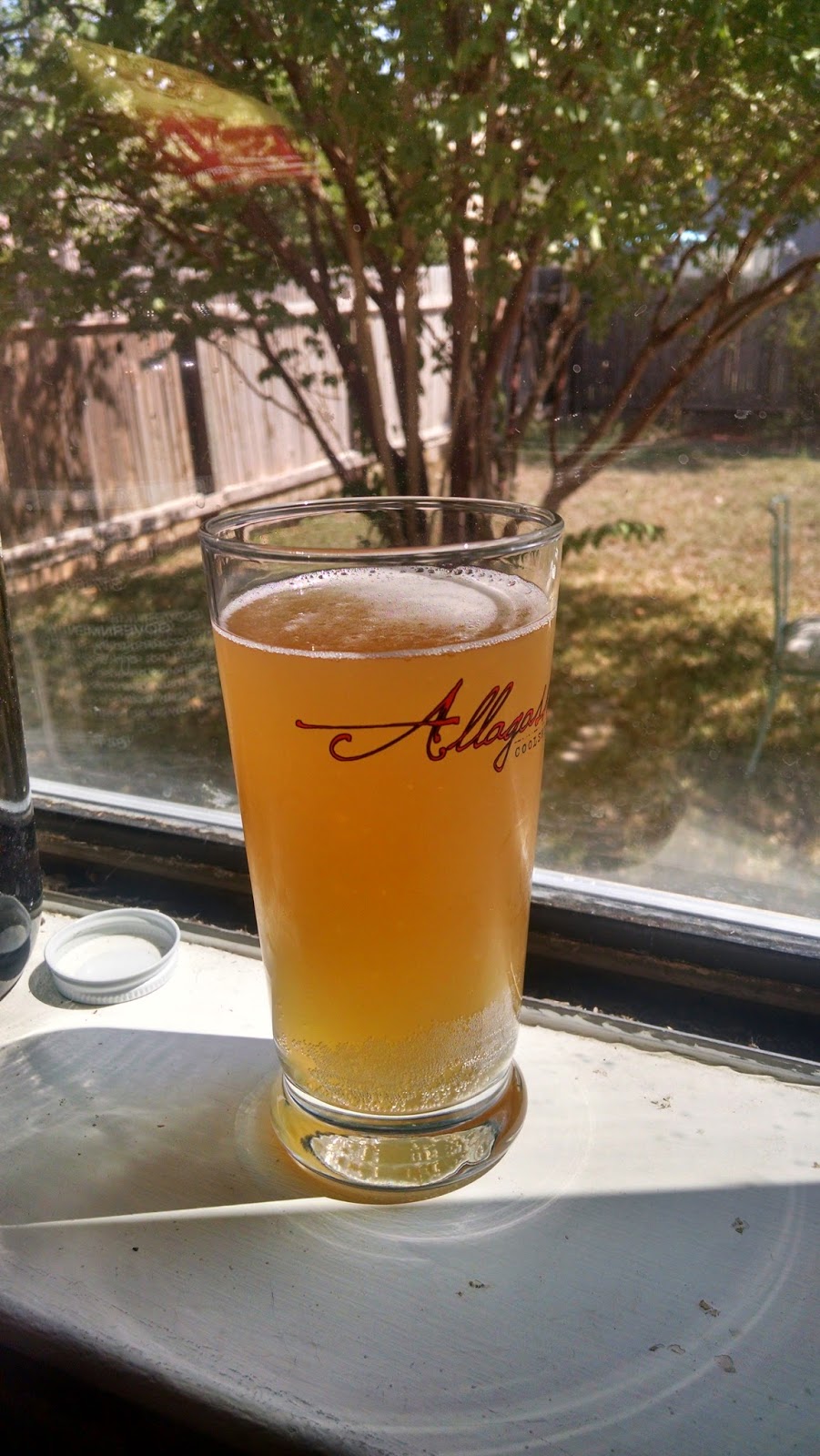 My ultimate goal was to produce a drinkable sour in a short period of time. I chronicled my issues in my previous post. Basically I had to boil the wort to concentrate the sugars since my gravity was way under my target, mostly due to the fact that the calculator I made was wrong (I was calculating my anticipated original gravity based off of the batch  volume into the carboy, not the final kettle volume. In other words, I was leaving liquid out of the equation.) By boiling the wort for an extended amount of time DMS was not a concern, but it also removed the typical corn flavor from the beer.

Appearance: Murky orange-yellow with a spritzy white head that quickly fades to a thin lacing. It’s probably a little darker then the style normally would be due to the specialty malt added for the Hefeweizen and the boil time. Lack of head retention is to be expected.

Aroma: There is actually barely any discernable aroma coming from the beer. As it warms up I get a slightly off putting aroma, but I can’t quite put my finger on it. Other than that it’s pretty clean. I can kind of smell the Cascade Strawberry dregs that I poured into it when it warms up.

Flavor: Clean lactic acidity up front with a slight citrus flavor. I get a little hint of acetic acid, but nothing off putting. The acidity is there but it might seem light for some people. I feel its right where it should be as far as the style guide lines go.

Mouthfeel: Bright carbonation and a lactic acidity upfront with a clean finish. Surprisingly I don’t get much of a sour finish, but I don’t get the grainy finish I normally do from Berliners. I think the body is a little high for a Berliner. I would have liked for it to dry out a little more, but I think it would have taken too long for the Brett-C to finish it out. In the future I would probably add some clean ale yeast to dry it out and add Brett for complexity.

Overall: I couldn’t be happier with how this beer turned out. There are a few things I would correct for next time but I will definitely be brewing it again. Assuming I can replicate it this might be a great way to produce a quick sour. Next time I’ll probably just brew 10 gallons of this beer without the specialty malt and maybe add fruit to half of the batch. That is of course assuming I don’t end up with 10 gallons of vomit. The best suggestion I can make would be to add CO2 every time you open the beer to take a taste or gravity reading. Theoretically as the pH drops it should be protecting the beer from the bacteria that will produce off flavors, but it’s just an extra precaution that doesn’t hurt anything.
Posted by James at 10:51 AM