This beer initially started out as a diacetyl bomb when it warmed up, but with a little extra effort I was able to clear that issue up. I knew that if I could detect diacetyl when the beer was warm and not cold that it was not an issue with infection, but a fermentation issue. My thought was that if I let the beer warm up in a keg and sit in a warm room for a little while the yeast (being a Hefeweizen it should still be in suspension) clean up the diacetyl. If that didn’t work I had no idea what to do. Happily after a week and a half of sitting in the laundry room they yeast cleaned up any aromatic problems. 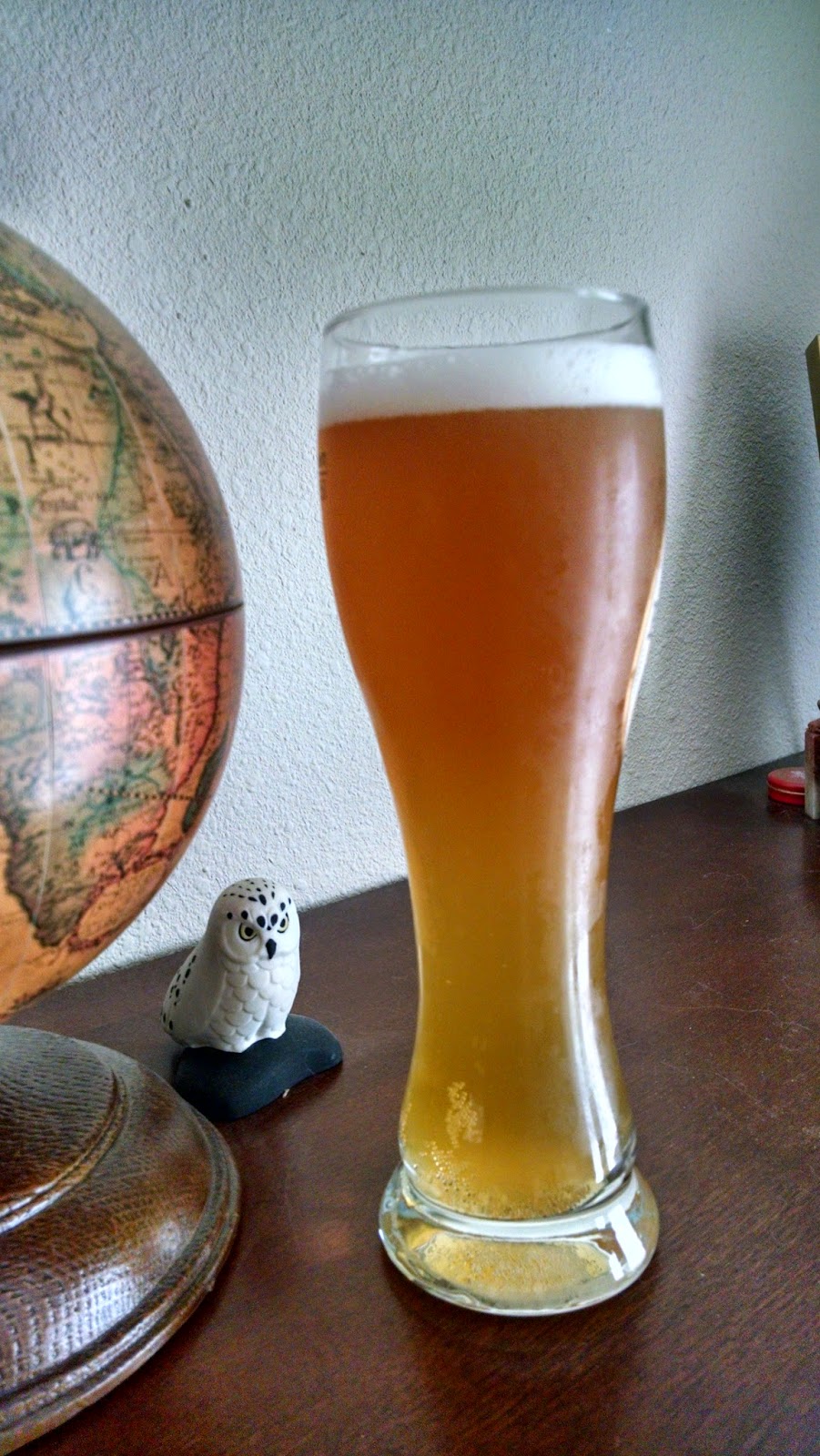 I’ve brewed this beer a few times in the past and have been happy with it, but I’ve never actually brewed it for myself. I like to think this beer is somewhat similar to Live Oak Hefeweizen, although a lazy man’s version because I don’t perform a decoction like they do at their brewery.

Appearance:  It pours a hazy orangish-yellow with a fluffy white head. The head retention leaves a little to be desired, which I think comes from the extended warm conditioning after the fact or due to the low gravity of the beer. I really love the color of the beer that the melanoidin malt adds.

Aroma: I’ve very pleased with the aroma, now that the diacetyl is gone. There is a nice balance of clove and spice upfront. The spices remind me of cinnamon and nutmeg, with a touch of citrus. As it warms up I get a bit of banana, a hint of bubblegum and even some bready malt, but the spices continue to come through to provide balance.

Flavor: Clove and banana are the predominate flavor with some bready malt in the back ground. I think the melanoidin malt did a good job of giving the perception of a decoction mash. There is a bit of wheat twang and the pH might be a touch too low, but I think that was more of an issue with my gravity being too low so there isn’t enough residual sweetness to balance it out.

Mouthfeel: I think the body is a little too thin. My calculator was had the wrong equation for calculating initial gravity, so I was coming under my target, which caused my final gravity to be lower than I would have liked. Ideally I would have preferred 1.012, but I was closer to 1.008, which thinned out the beer a bit. I think my mash was also a little too low. I went with 149oF for the Berliner, but normally I would go with 151-152oF. Carbonation is prickly and the finish is dry.

Overall: I’m very happy with this beer, but there are a few issues I need to tweak. The gravity issue shouldn’t be a problem now that I have corrected my equation and I even bought a grain mill so I can no longer use the LHBS as an excuse. I think this is the first beer that I’ve started to dial in on a recipe that I really like. I’ve also got a fermentation schedule that I think keeps the phenols in check and provides balance that is not just banana.
Posted by James at 8:25 AM