I decided that over the next few months (probably weeks who are we kidding) I’ll only have high alcohol beers on tap. To counter that I decided to brew a low ABV beer, but since it’s winter I didn’t want to brew something like I would for the summer. I wanted to brew something malty for a change, instead of my usual dry finishing beers. For that reason I came up with the idea to brew an English Mild. 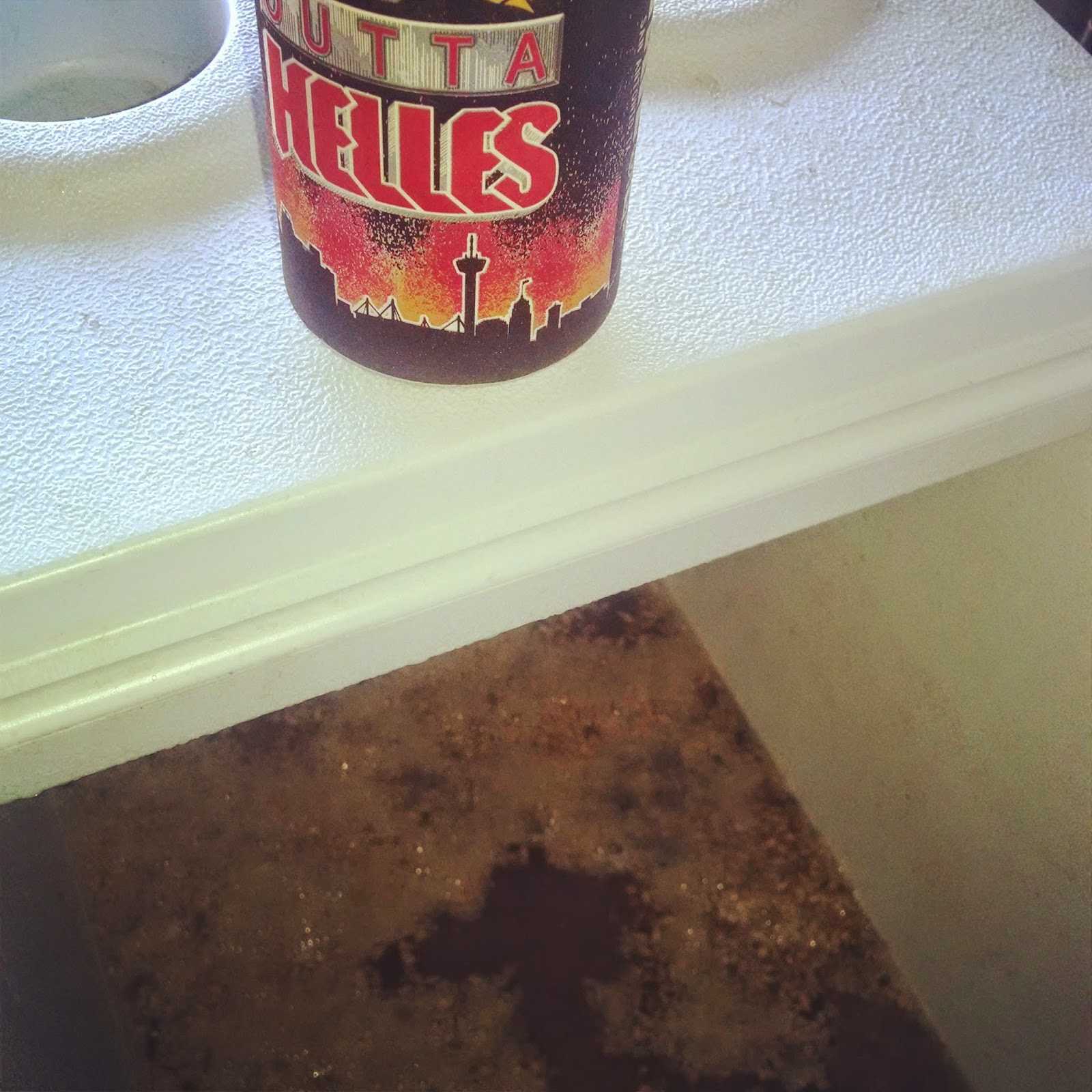 This is one of the few beers that I am actually attempting to brew to style. My plan is to have it mimic the creamy mouthfeel you would get from a cask by adding Golden Naked oats. I also want to have a touch of sweetness from Crystal Malt, but since I’m terrified of Crystal Malt sweetness I’m adding brown sugar to hopefully dry the beer out a little bit more. The brown sugar might seem counterproductive for reducing sweetness, but the brown sugar is essentially 100% fermentable, while adding color and some extra caramelized sugar.  The Golden Naked oats should balance out the lack of body provided by the sugar and the possible over attenuation of the yeast. Personally I like dry beers, but on a low gravity beer a dry finish can make the beer seem thin.

There are not a lot of commercial examples for English Mild, in fact there are probably more examples in America then there are in England. The recipe that I formulated comes from the BJCP style guidelines for English Mild, a touch of sweetness, medium-body, low carbonation, and dark brown in color. I generally don’t care for English beers, but I think that is just because I can’t find good examples of them. If that’s the problem then why not make my own. Part of my brewing philosophy is that if I can’t buy it on the shelves, then I should brew it. One of the fun parts of home brewing is being able to brew beers you cannot find or recreate extinct styles.

I only encountered two problems while brewing this time. First I’m still trying to figure out my grain mill, it shouldn’t take me as long as it does to mill grain, this time it wasn’t a battery issue on my drill. I had trouble getting both rollers to mill. Secondly I completely forgot that I was out of CO2 until I started my boil. After flame out I was forced to add a 25 minute whirlpool while I ran to get more CO2 (I use it to transfer beer through my wort chiller), one more reason I need to get a pump.

Notes:
10/26/14 – Brewed by myself. Pretty standard besides issues milling and having to make a CO2 run after boiling, but that should only add maybe 5 more IBUs. Added 0.5 grams of CaCl to the mash. Mash runnings came in at 1.032. Chilled to 68oF pitched yeast straight from the smack pack. I figured there was no need for a starter due to the low gravity of the beer. Shook to aerate since my air stone is still submerged in the Heady clone. Fermentation temperature set to 64oF.

10/27/14 – Fermentation had taken off in the morning with a nice inch thick layer or krausen.