Rarely do I brew to “style guidelines” but I’ve decided that next year I want to enter beers into competitions. For the most part I’ll still brew what I want to drink and attempt to find a category to enter them into, but I will also attempt to brew beers to style. I feel like that is a good way to gauge my brewing ability. Beyond that I brewed this beer knowing that it will be a while until I will have my chest freezer open for fermentation and I’m going to have two IPAs on tap with an ABV over 6%. The temperature is also starting to drop (as much as it does in south Texas) and I wanted something a little darker and maltier. 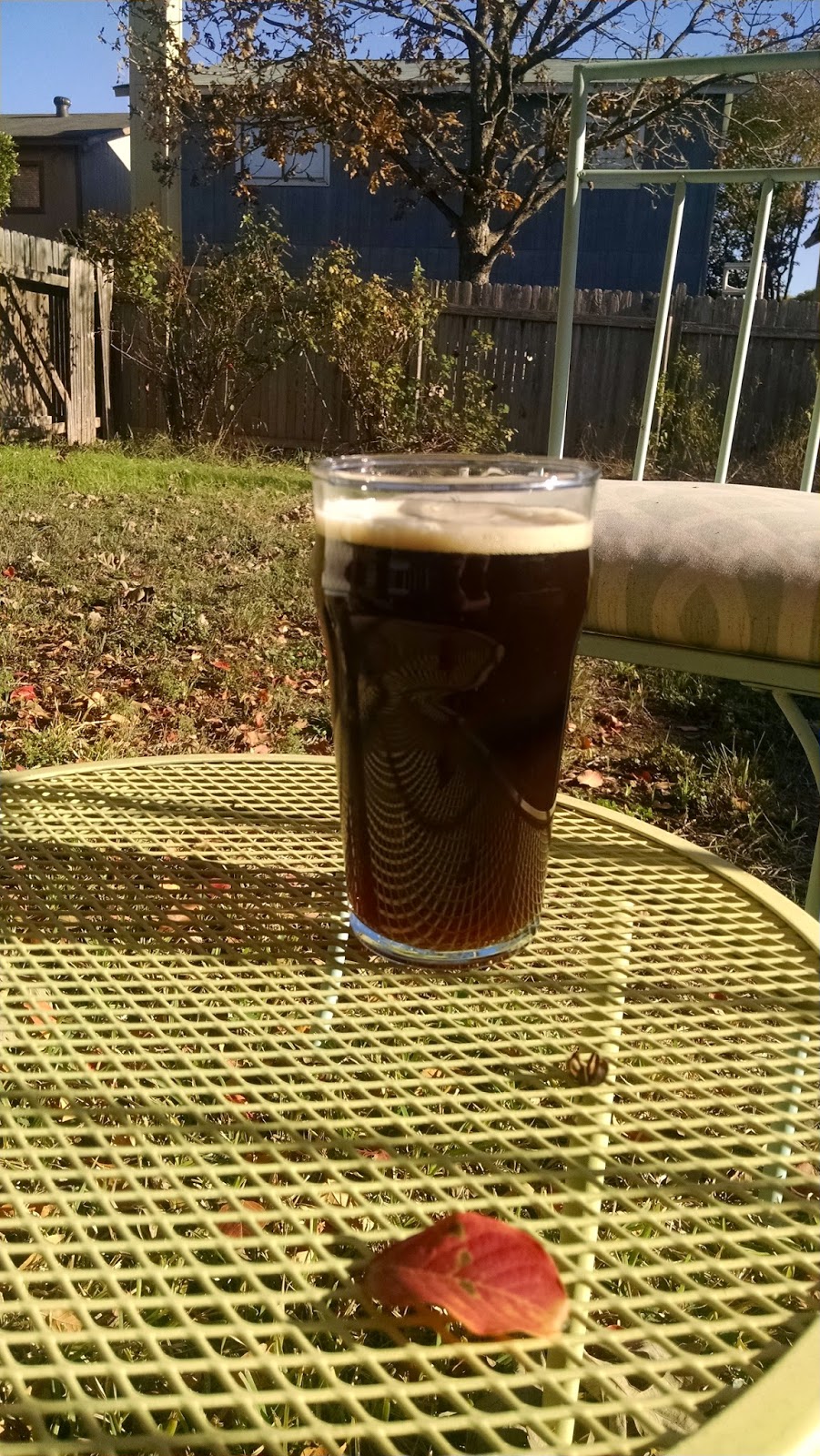 I generally don’t care for British style ales because they are too malty for me, but malty and low ABV pretty much falls under Mild ale category. I like to always have something that is low ABV around so that I can have beer and still be functional. There are not a lot of commercial Mild examples in America so I pretty much had to design my recipe based off of the style guidelines. I knew I wanted it to be slightly sweeter, yet still dry, but also not light bodied, which sounds like contradiction in a glass.

Brewing low ABV styles can be difficult because there are not a lot of hops to hide flaws and it’s easy for the beer to come off as thin.  Knowing this I figured I would need to use adjuncts for body and have a complex grain bill to add flavor complexity. I added Crystal malt for sweetness (even though I have an irrational fear of Crystal malt), and Golden Naked Oats for body in an attempt to mimic the creamy mouthfeel you get from a beer on cask.

Appearance: Hazy dark mahogany brown with reddish hues and a creamy tan head about a finger thick that fades at medium speed to leave a thin spotty lacing over the top of the beer. The clarity is not where I would like it. It might drop out over time in the keg, but in the future if I brew this beer for a competition I would probably use a finning agent to help with clarity. As the beer warms up it clears up a bit, so it’s definitely just chill haze.

Aroma: Malty sweet with an odd hint of banana. The banana aroma seems to go away as it warms up. I’m not sure if it is from the yeast or if it’s from the beer line that was not cleaned properly. I cleaned the line that was previously used for my Hefeweizen, but maybe I didn’t clean it well enough.

Flavor: Chocolate, a touch of sweetness, but that is balanced out by some spicy characteristics of the hops, the predominate flavor is caramel and bread. I was worried about the sweetness from the Crystal malt, but I think it dried out enough so that the only sweetness is minimal, but enough to add flavor to the beer and not distract from it. (According to my club’s BJCP judge it might be a touch too sweet, but he was just splitting hairs)

Mouthfeel: I’m pleased with how the mouthfeel came out in this beer. I think the oats added the creamy mouthfeel that I was looking for to mimic a cask feel. Since the beer didn’t completely dry out there is some body and residual sweetness, which fools you into thinking this is a bigger beer. The only down side is that it is probably over carbonated. Since I don’t have a duel regulator the beer is set to the same carbonation as my IPAs. But as I’ve always said, it’s easier to remove carbonation then it is to add it.

Overall: I’m very pleased with this beer and I enjoyed the quick turnaround from brewing to drinking. I really like the complexity, mothfeel and the fact that its only 3.7% ABV. I’m surprised that with the growing trend in session beer in craft beer that there are not more commercial examples of Mild ales. Probably because there are not enough hops.
Posted by James at 9:31 AM