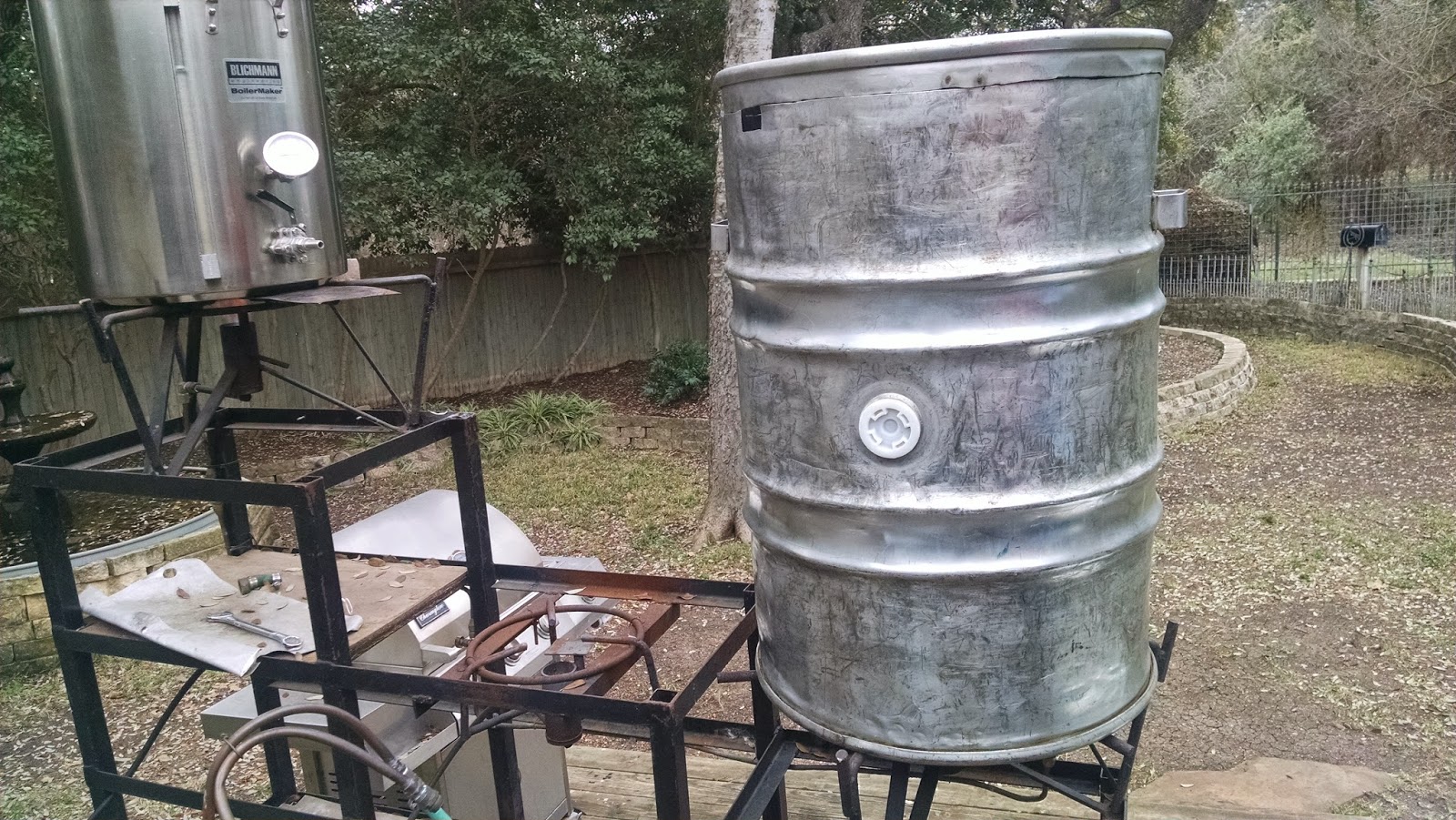 This past weekend my homebrew club (Bexar Brewers) did a group brew for the upcoming Golden Age of Homebrewing event. This is the second time I’ve participated in a group brew even. Last time arrived towards the end with my carboy to collect wort to ferment and didn’t really do much brewing. This year I definitely wanted to help with the brewing. I chose to take an activate approach to the brewing process. As a group we decided to brew an APA, which is a bolder choice then what we normally chose to brew. Since we’re based in San Antonio we generally tailor our brewing choice to reflect the local beer scene. This isn’t Austin, we’re still learning as a city to enjoy craft beer, so we normally scale things back to be something approachable. This year, however, we’ve decided to take the training wheels off a bit and give people some hops (you can’t start to appreciate good beer if you never drink it). 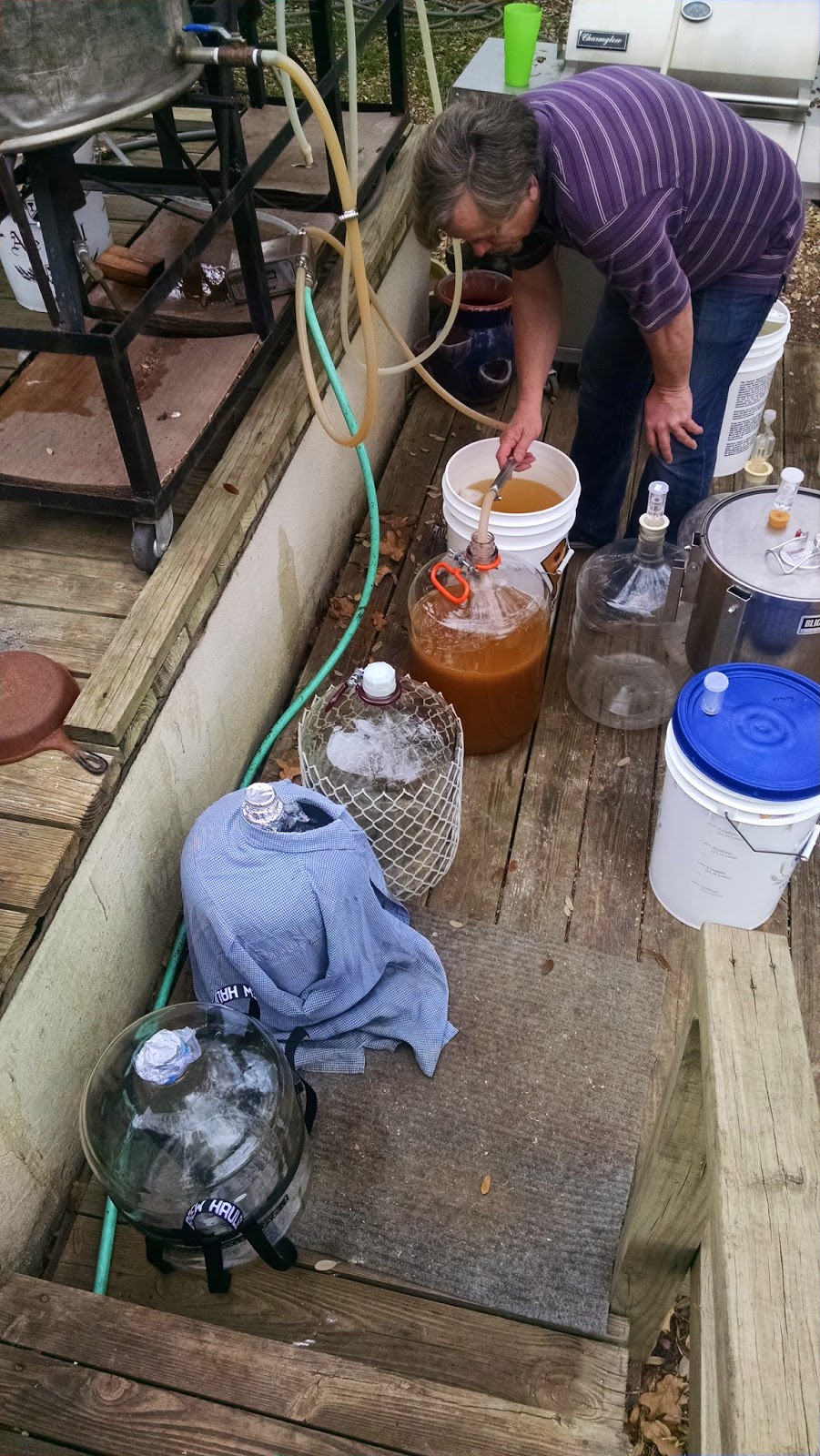 After I took over brewing when our President left and forgot to add the first wort hop addition, I decided we should go with a non-traditional brewing approach. Why not? Just like people can be traditionalist with their beers, brewers can be the same way with their process. My plan was to use hop bursting since we were going to have left over hops. I shifted the first wort hoping to the 25 minute mark and combined it with the 20 minute addition. We then added a flame out addition. I had to convince everyone that we’re still going to have the bitterness for an APA but it will be more flavor than it will be bitterness. Some people couldn’t figure out why we were not adding a traditional early bitterness addition. It took a little bit of convincing, but luckily last meeting I brought my IPA that used hop bursting. It could also be that by then most people had consumed a good amount of beer and were more open to new ideas. I think an APA is the perfect plat form for carrying hop flavor and aroma. It doesn’t need to be as bitter as an IPA, but it can carry the same aroma.

During the brew day we really didn’t encounter any brewing issues besides someone not showing up who was supposed to bring RO water, but a quick trip to the store fixed that problem. We did end up being more efficient then we planned, but it was only a couple of points so it won’t make much of a difference in the long run. The fun part will be trying everyone’s version to compare the influence of different yeast strains and to see what people do for dry hopping or if they choose to dry hop and their procedure for dry hopping. I plan on adding dry hops towards the end of the fermentation rather than after fermentation. 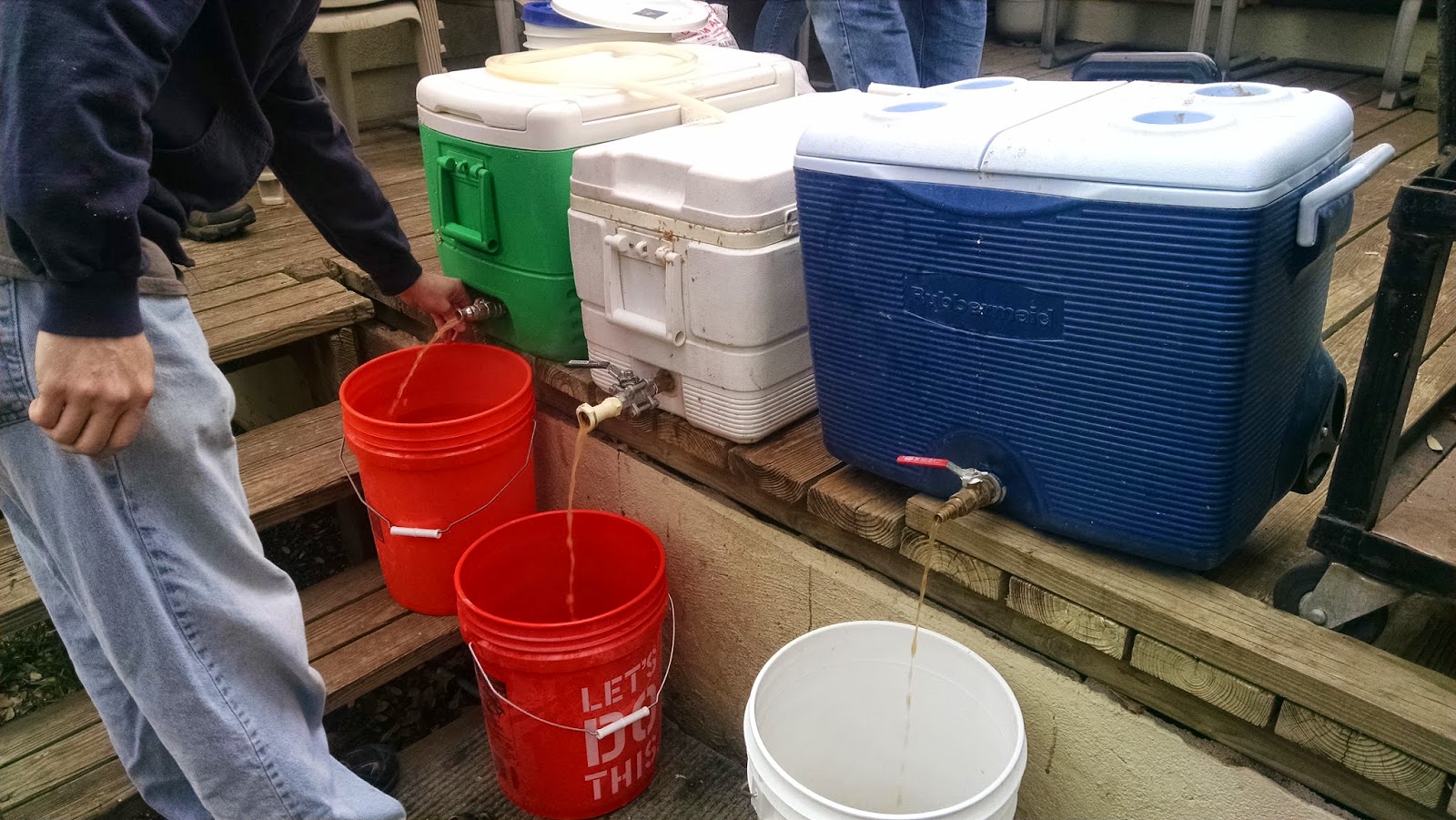 Notes:
2/22/15 – Brewed with members of the Bexar Brewers. Target efficiency was about 70% but we ended up being over. Added 12g gypsum, 2g CaCl 6g Epsom 4.5g salt to the mash with 30% blended RO water. Mash pH was somewhere between 5.0 and 5.4 according to the pH strips (made me happy I have an actual meter). Sparge 27 gallons filtered tap water and add 9 ml lactic, 10 grams gypsum and 2 grams CaCl. Chilled to 62oF and pitched yeast. Shook to aerate and placed in beer room to ferment at ambient temperature. Room at 64oF.

2/23/15 – Fermentation has started, nice one inch thick layer of krausen.