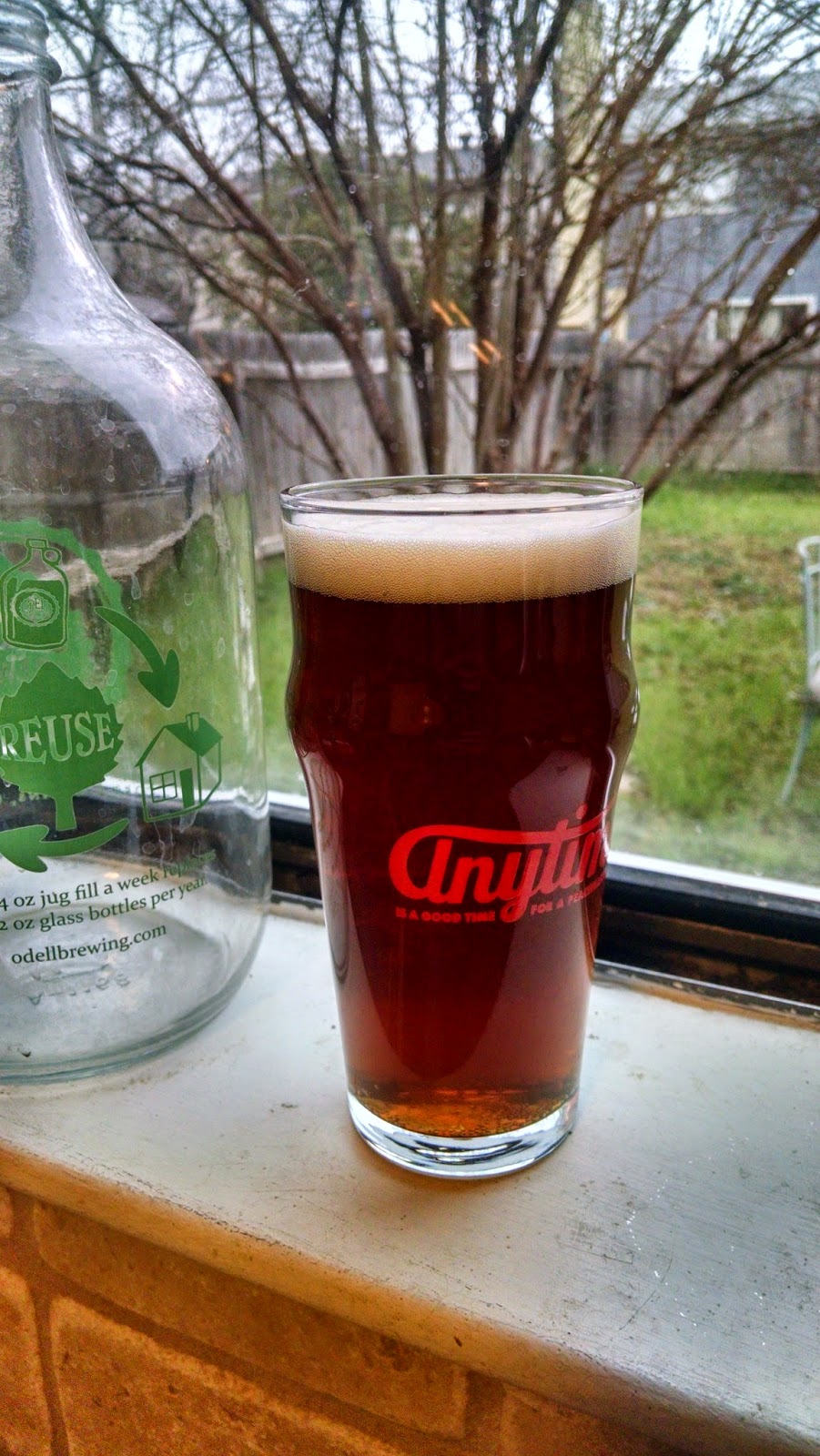 As usual I’m behind on posting a review of a beer, but this time it’s because I was a little frustrated with it. The first time I brewed an English Mild it turned out awesome. This time from the beginning I could tell there was something off. I couldn’t figure out what it was but I knew there was something. About a week before sending samples to Bluebonnet Brewoff competition I poured a sample and little bits of pellicle came out of the faucet. I spent a good amount of time trying to figure out how it could have been infected. Although I use kegs for 100% Brett beers, this was not one of those kegs. It could have come from my draught lines, but all three of them could have been contaminated at one time and the other two beers were clean. It could have been from my better bottle or racking cane, but my IPA was in the carboy the batch before and used the same racking cane and it wasn’t infected.

After some thought I think I narrowed the source down to the gas quick connect. I used the quick connect on the Mild keg to push my funky saison out of a storage corny keg and into a carboy for further aging and fermentation. Although I sanitized the connector when I put it on the saison keg, I can’t recall if I did that before returning it to the Mild keg. It’s an unfortunate situation, but I am intrigued to see if the judges notice any Brett character. I can get aspects of how the Brett has affected the beer, but not much on the flavor and aroma side.

I brew a lot of funky beers, but rarely have infections. I’ve really only had 2 or 3 confirmed infections from cross contamination. There is, however, always a risk. If only there was a Stock ale category.

Appearance: Slightly hazy but mostly clear brownish-red topped off by a quickly fading off white head. The head was the first thing that tipped me off to a chance of infection. When I poured the beer it made a fizzing sound and the head quickly faded as if something had destroyed some of the structure of the beer. So much for the Crystal malt.

Aroma: It seems to be more subdued then the last batch. I can get toffee and caramel hints, but not the same malty aroma that I had the first time. There isn’t any Brett stuff going on, but there is a mineral note in the background.

Flavor: This is another aspect of the beer that seems empty. It just seems like it’s missing some of the flavor that was there last time. I get a stronger toffee flavor but less malty bready flavor. I would say it is not as sweet as it was last time, which is something that I wanted to change. I doubt that the small reduction in Crystal malt would have this much of an effect on flavor.

Mouthfeel: The most obvious sign of an infection, other than the bits of pellicle, was the over carbonation and lack of mouth feel. My regulator is set at 6psi, which should be 1.6 volumes of CO2, however, it’s much higher than this. The mouth feel is thin and over carbonated with a dry finish.

Overall: Things happen and it’s not that the beer is bad, it’s just not what I wanted. If I were a professional brewer, it would be going down the drain, but I’m a homebrewer and the beer is good. It’s just a good reminder that I need to be careful with my sanitization and pay attention to what I’m doing. At the end of the day, it’s a good beer, just not what I wanted. I am looking forward to the judges scores and reviews. At least I know what is wrong with it. I will definitely brew this beer again because I like having something low in alcohol on tap.
Posted by James at 10:48 AM