This is the third and final installment of Flip Top vs Bottle Cap. If you recall from my previous postings (first and second) my hypothesis is that they flip top bottle would let in more oxygen and thus increase the oxidation rate due in part to the rubber gasket drying out over time. I figured the cap would not have this issue. 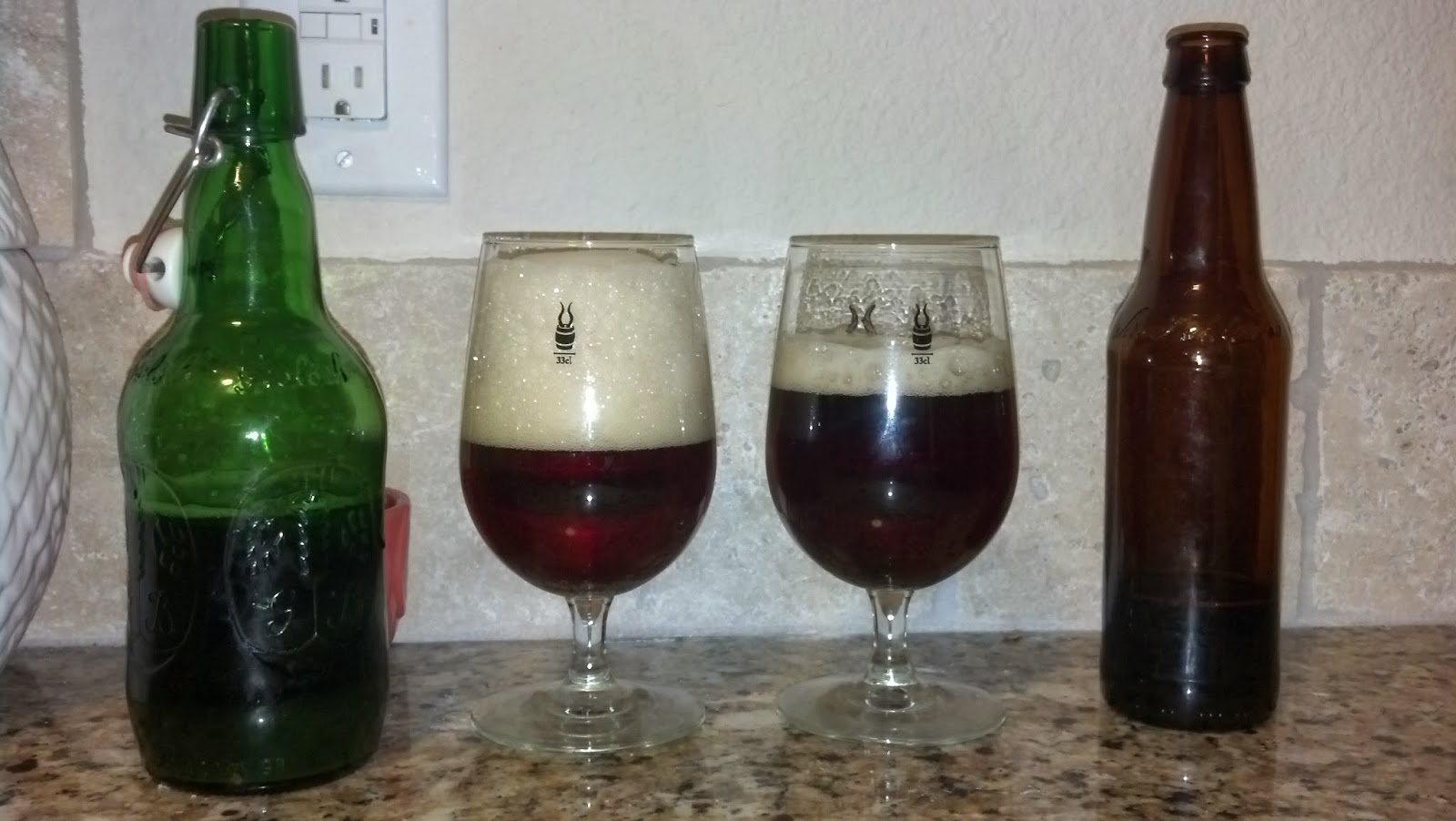 Each beer was from the same batch and was bottled at the same time using a bottling bucket and a bottling wand. Any oxidation that occurred during bottling and racking would have affected each beer equally. They have been stored next to each other in a box for over two years. I figured at this point in time the oxidation differences would be noticeable and I would be able to make a definitive judgment on which bottle is better for long term storage. The beers used were a Dunkelweizen, which is not the best beer for long term storage, but it’s the only beer I had available that was bottled in both types of bottles.

One of the issues with this experiment is that I don’t know the exact process that was used to bottle the beer. The bottling was performed by my father so I have no idea how he added the sugar, how the bottling was preformed, or how long the beers were exposed to air prior to capping. I will assume he mostly followed the process that I tough him.

Regardless I feel the experiment is a pretty good evaluation of the oxidation of long term storage of flip top bottles and bottle caps.

Appearance: The beer pours a large off white head that slowly fades to a centimeter thick lacing over the top of the beer. Clear reddish brown with small chunks of yeast in the bottom of the glass.

Aroma: The aroma actually jumps out of the glass. There are hints of cereal, banana, and toffee, but mostly cola. I’ve only once before had a beer that smelled like cola. There is a touch of diacetyl and wet cardboard from oxidation.

Flavor: More cola just like the aroma with a touch of butter, wet cardboard and banana.

Mouthfeel: Medium-high carbonation with a medium body and dry finish.

Overall: The beer held up pretty well all things considered. I preferred the flip top to the bottle cap mostly due to the body.

Appearance: The head flairs up quickly but fades just as fast to a small lacing over the top of the beer. Clear reddish brown with small chunks of yeast in the bottom of the glass. A noticeable difference was the size of the bubbles in the head. The bubbles in this version were much larger than the flip top bottle.

Aroma: The aroma is similar to the flip top although it is not as strong. The aroma is a little more restrained.

Flavor: More cola just like the aroma with a touch of butter, toffee, wet cardboard and banana.
Mouthfeel: The mouthfeel is pretty weak, slightly watery with a prickly carbonation, my least favorite part of the beer.

Overall: It also held up pretty well but not as well as the flip top. The body is what really killed this beer.

Conclusion: I think honestly that both beers held up pretty well, with regards to oxidation. I wouldn’t say the beer style held up well to long term aging, but again this wasn’t a study on the effects of aging on a Dunkelweizen. There were minimal signs of oxidation in each beer, so I can say that it probably doesn’t matter if you’re using flip tops or bottle caps. If you’re going be drinking the beers over a few months then it doesn’t matter. Based off of the results of this experiment I would say that it doesn’t matter that much for long term aging either. My main concern would be with the introduction of air to the beer during bottling process. I think that is probably where most of the oxidation comes from, as opposed to air leaking through the seal of either bottle.