One of the things that I enjoy about attempting to clone a beer is the process to come up with a recipe. The other nice aspect of cloning is that you have the ability to compare your clone with the actual commercial example. This gives you the opportunity to determine how close you are to the commercial beer and determine what changes need to be made if your beer does not taste like the clone.  The more that you brew the easier it is to determine how a beer should taste prior to brewing it, but if you’re just learning the easiest way is to compare your beer to a commercial example. 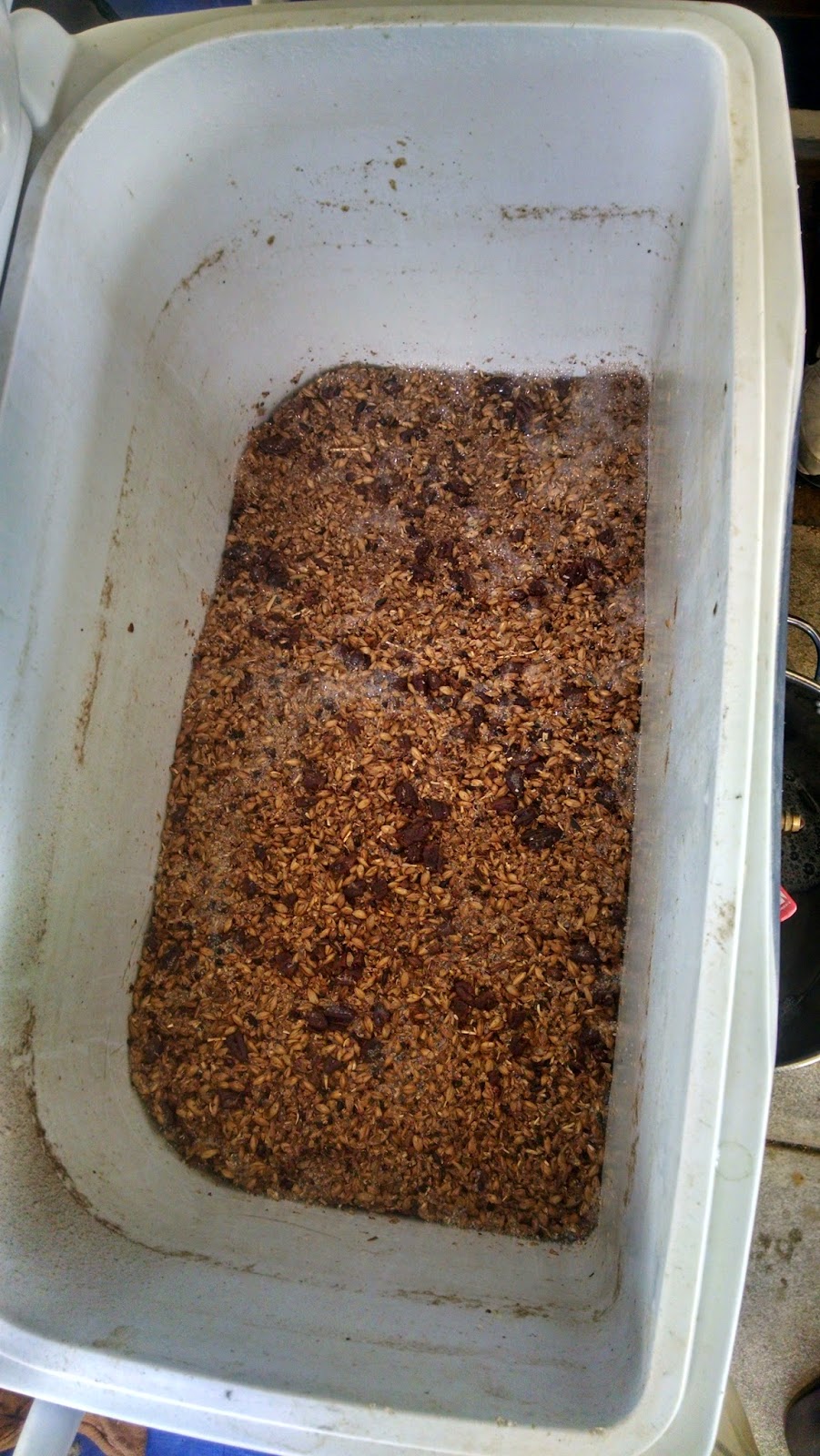 As usual I enjoy trying new techniques when I brew and this time was no different. I needed to use pecans if I am to properly clone (512)Pecan Porter, but I wasn’t exactly sure how I was going to use them since they contain head killing oils. I did a little research into the topic of using nuts (pecans are fruits technically) that contain oils and stumbled across two different methods. The first method was described by one of the employees from Lazy Magnolia Brewing for their Pecan Ale and the second method was explained over at ryanbrews.

Method 1- Roast the pecans at 400oF for 10 minutes and let them cool on a paper towel to extract oils, followed by breaking them into chunks and repeating the roasting at 350oF for 30 minutes, finally after the second roast let them cool on a paper towel again to remove oil. The point of roasting the pecans is to remove the some of the oil from the pecans. After they have been roasted you will throw them in the mash tun and mash as normal. To make up for the fact that there will be some of the oils making their way into your beer you will need to either increase (or add) the amount of wheat  or crystal malt you’re using to boost the head retention.

Method 2 – This method involves making an extract. In theory you will preserve the essence of the pecans without the head killing oils. In order to do this you need to roast the pecans just like in method 1 but instead of mashing with them you grind them up (which causes them to turn into a pile of sticky mush) and place them into a jar with a clean spirit (such as vodka). Over time the oils will infuse their aroma and flavor into the vodka. When the aroma has been infused you need to filter out the pecan bits and then take the oil/alcohol mix, place a straw in it and freeze the mixture. When settled the oil should settle to the top and freeze, while the alcohol will not freeze. Once frozen, remove the straw and pour the alcohol through the hole that remains, leaving the fatty oil behind. Continue to repeat until the oil has been removed. You can add this mixture at bottling to your liking. A more detailed explanation of the process can be found here.

I decided to go with method 1 assuming it will give me more pecan flavor that (512) is known for and because I’m assuming the reason they use “copious amounts of crystal malt” is because they mash with the pecans. I did, however, also make the extract just in case I want to add some more pecan aroma when I bottle.

Notes:
12/6/14 – Brewed with my Dad for part of his birthday gift. A little low on the pre-boil gravity so I added 15 minutes to the boil. Mash pH measured at 5.56, calculated value was 5.57. Ended up boiling off too much due to my Dad’s different kettle geometry so the FG was 1.071 at 5 gallons. Chilled to 80oF and added the yeast and it brought up the final volume to 5.25 gallons and the gravity to 1.068. Left to ferment in my parent’s house at ambient temperature.