I brewed this beer as part of my father’s birthday present in Austin. My goal was to get as close to (512) Pecan Porter, however, I had no idea what their process is for adding pecans. Through some research I found two different ways that seem to be pretty popular. The first is adding pecans to the mash and the second is to create an extract and add at bottling. I chose to use both methods. I figured if I mash with the pecans and don’t feel like I get enough pecan aroma then I could always add some at bottling. I also figured that I might get two different results from mashing, which would provide flavor, and extract, which would provide aroma. 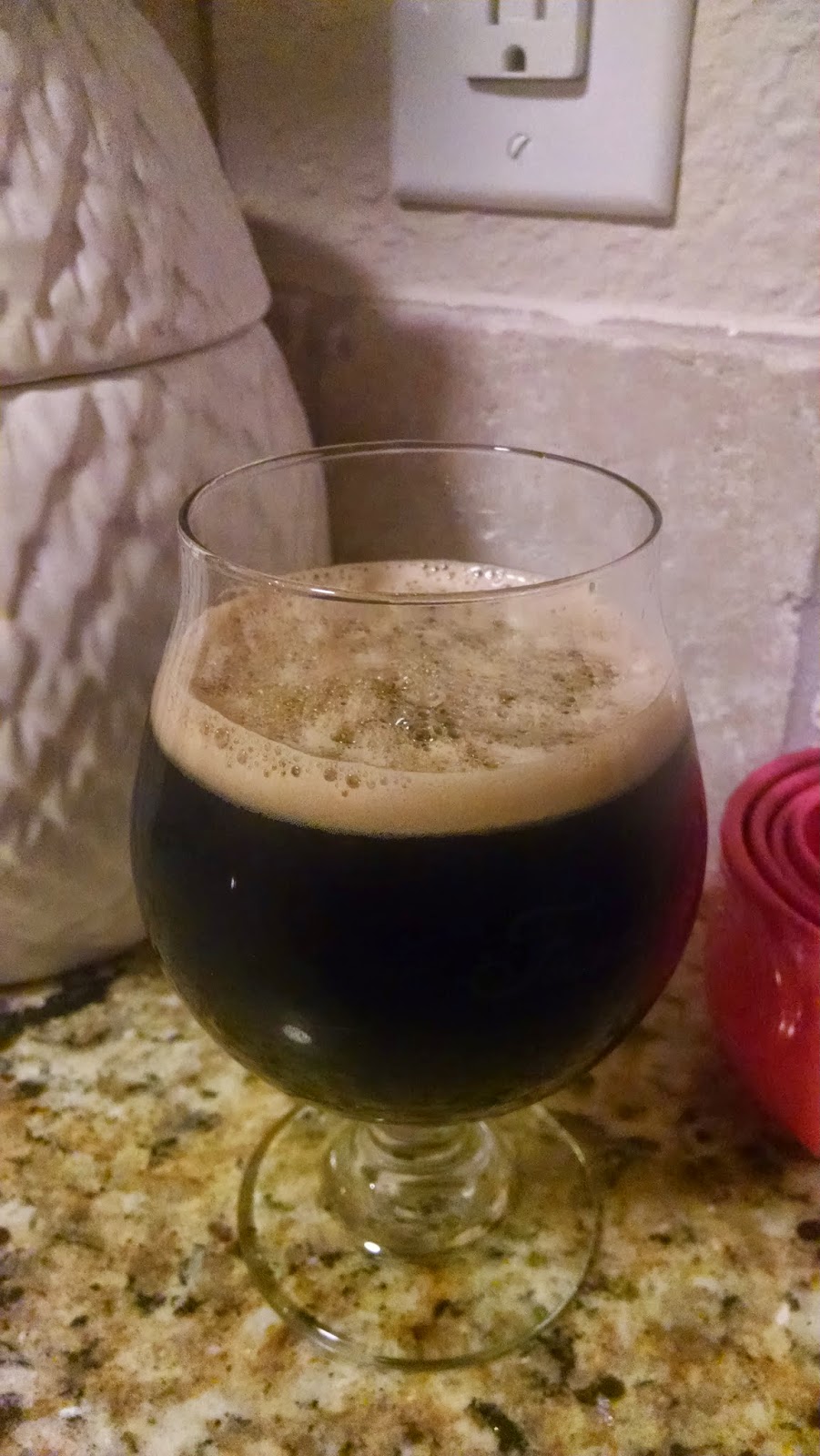 The only downside to brewing this beer away from my house was that I could not control the temperature of the fermentation and being a high ABV beer there is a possibility of fusel alcohol.  I also didn’t have my O2 system that I had just purchased because the wand blew off into a previous batch of beer and I couldn’t get to it until I racked the beer. With this beer I would have liked to have the option to add O2 for yeast health, but it’s not like I had been using it for years, I could make a good beer without it.

Appearance: Pours black with a thin tan head. The carbonation might be a little low, but it doesn’t appear that the pecans hurt the head retention at all. I was concerned that the pecan oils would inhibit head stability, but I think the crystal malt made up the difference. With a hard pour I can get some head, but it looks like most of the CO2 is trapped in solution.

Aroma: Subtle dark fruit, some chocolate and roasted notes with a hint of nuttiness. I think the pecans are coming across more as a fruity-nutty aroma. There is also a possibility of the stressed yeast producing some fruity aroma, but American Ale yeast is not too bad about that normally, even when stressed.

Flavor: More of the same nutty-fruitiness that I get in the aroma, mixed with some chocolate and roasted astringency. I don’t mean astringency in a bad way, but the kind of astringency that you would get from slightly burnt food. I might want to boost the pH a bit to help with the astringency. Are the pecans in the flavor? It’s hard to tell honestly, but I don’t think I’ve ever found (512) to be super pecan.

Overall: I’m pleased with how the beer came out; however, there are a few adjustments that I would make if I brewed it again. Perhaps I would add more pecans to the mash and I would probably increase the carbonation a bit as well. I wouldn’t say this beer is spectacular, but its balanced and drinkable, which are both the characteristics that make (512) Pecan Porter stand out. I’m hoping that maybe in another week or two the carbonation might pick up a bit more, but it’s doubtful.
Posted by James at 9:59 AM