My IPA has been ready for a few weeks now but I’ve been avoiding drinking it because I don’t have a lot of it and I want to be able to enter it into NHC, because this is one of the best beers I have brewed. I brought it to my homebrew club to share and I received probably the best compliment I’ve ever been given for one of my homebrews. I was told by a member, who has judged at NHC that it was better than a lot of the beers that he judged. I personally am amazed how this beer turned out because I used city water, whereas I normally use RO for IPAs, and I just threw together a grain bill and a hop schedule while I was mashing. 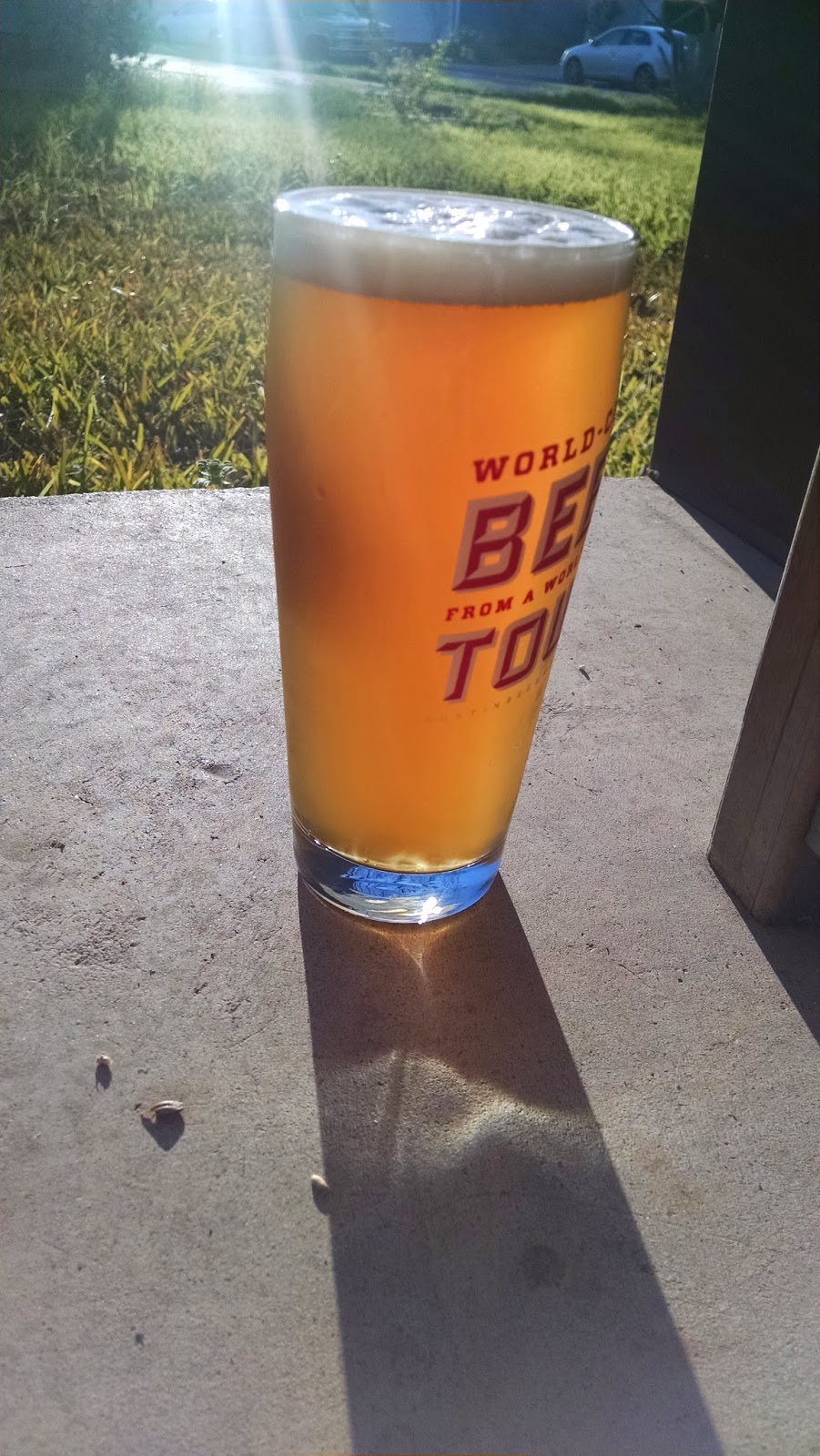 I think I’ve determined that the best IPAs come not necessarily amount of hops but how they are used, at what proportions they are utilized, and your mash/ wort pH. Adding hops at different specific times during brewing affects flavor and aroma and knowing your hops allows you to use them in specific proportions so that they can complement each other and bring out specific highlights.

Appearance: Pours a slightly hazy orange-yellow with a creamy rocky head that fades to a nice lacing that stays they entire time I’m drinking. The clarity does pick up a bit as it warms up.

Aroma: This is one of the first times that I’ve brewed an IPA that you can smell as soon as you open a growler and before you start pouring. For me this has always been a hallmark of a great IPA. The aroma best reminds me of Lagunitas Sucks with a slightly fruitier side. Grapefruit, citrus, orange, and some underlying dank notes and just a touch caty. It’s clean and all of the aromas shine through and burst from the glass.

Flavor: With the high final gravity I was expecting the beer to be sweeter than it actually ended up. I think any residual sweetness is transformed into fruity hop flavor. Again I find the flavor similar to Lagunitus Sucks with fruity notes and underlying dank/ piney flavor. This is where the Moasic flavor really shines.

Mouthfeel: Despite the higher then I was expecting final gravity the beer finishes dry crisp with a lingering fruity finish. The mouth feel is also light to medium bodied with medium carbonation. I think that my water treatment really helped in this area of brewing. I increased the amount of gypsum that I normally add, which I think has given the perception of dryness that is not really there.

Overall: I’m super pleased with how this beer turned out and will definitely be rebrewing it. It’s one of the few beers that I’ve brewed where I’m not sure if I would change anything. This beer is pretty much everything I look for in an IPA, complex layers of hops, fruit forward, dry and drinkable.
Posted by James at 8:38 AM