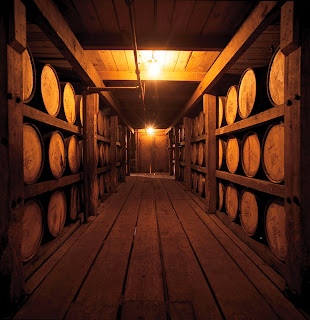 Over the past weekend a friend and I brewed a double batch to blend in the barrel he received from Freetail Brewing as a wedding gift. The barrel was a Blue Corn Whiskey from Balcony’s Distilling. We wanted to put something in it that wouldn’t clash with the sweetness of the whiskey. We decided to brew two batches and blend them, my contribution was a Belgian strong dark ale, and Mike’s was an American Strong ale, a la Arrogant Bastard. It took us 6 hours to brew the two 5 gallon batches, which in my opinion is pretty efficient, especially with only one burner capable of boiling that much liquid. I’ll post more details including a recipe and pictures later. I forgot to take a picture while brewing but will do so when we rack to the barrel.
Posted by James at 8:59 AM