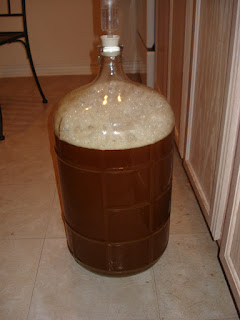 The California Common was probably one of the first styles contributed by America to the brewing world. It was originally developed out of necessity. As German immigrants moved west for work they wanted to continue to drink the lagers they were used to drinking. However, California does not have the right environment for lagering in the pre-refridgeration era. The yeast for this beer is called an “ale-lager hybrid, ” which essentially means it can ferment at lower temperatures and higher temperatures. The California Common is traditionally fermented at around 68 degrees. The problem with brewing this historical style is that all the breweries that brewed it were forced to close during prohibition. After prohibition Anchor started re-brewing and bottling this beer in 1971 under the name Anchor Steam.

The BJCP style guidelines are interesting for this beer due to the fact that none of the original breweries that brewed this beer pre-prohibition exist today. Thus the style guidelines are based specifically off of Anchor’s beer. Anchor has even gone so far to trademark the name “Steam,” which is why the style is called California Common. Anchor does not reveal much about their process but does reveal some facts about the beer (basic ingredients, IBU, ABV) so a “clone” can be figured out. Rather then brew a clone I decided to brew to the style. I ended up going with the same hops that Anchor uses, but if I wanted to go a more traditional route I could have gone with Cluster hops, since those would have been growing in California at the time these beers were originally brewed. Anchor says they brew the beer in the traditional style, they use large shallow vats to cool the beer in the open air in a clean room with circular aeration (I would assume most home brewers can not do this). The steam that is generated during cooling is allegedly from where the name “steam” is derived, although that is also debated.

For this beer I was pretty traditional to the style and wanted it to be similar to Anchor’s Steam beer, since I was brewing this for my fiancee because it is her favorite beer. I changed some of the specialty malts hopefully to add a little additional malty character and complexity. I also attempted a new technique that I had read about. I read that if you add some of your initial bittering hops to the beer pre-boil it helps smooth out the bitterness. At 180F I added maybe a quarter of what I was going to put in at the start of the boil, this will increase the bitterness slightly but it won’t be significant.

I ended up having a leak in my mash tun, due to my poor assembly of my manifold (I had never had this problem before) and lost some of the first runnings. This effectively lowered my OG, but the beer is supposed to be lower then what I had calculated anyways.

(2/26/12) - Small leak issue during mashing caused my OG to be 1.046. Other then that no issues brewing. Chilled to 70F shook to aerate and placed carboy into a bucket of ice water to bring the temp down a little further. Pitched yeast a few hours later.

(2/27/12) - Fermentation starting after 12 hours showing a small krausen, I added more ice to the water bath to keep the temperature down. After 24 hours the krausen is about 1.5 inches thick.

(3/14/12) - Gravity down to 1.008, definitely drier then I was planning. It tasted good, kind of like a toastier version of Anchor Steam. Even though the gravity was lower then I would have liked it still seemed like there was some body, I was worried about that when I first read the gravity. The beer looks remarkably clear, easily the clearest beer I’ve brewed, got to love that lager yeast.

(5/29/12) - First Tasting. I’ve actually been drinking it for a little while and it’s drinking great right now. I just haven’t had time to get around to typing up my review.
Posted by James at 8:33 AM